Mississippi Moves Up to 48th for Child Well-being, But Highest Poverty Rate 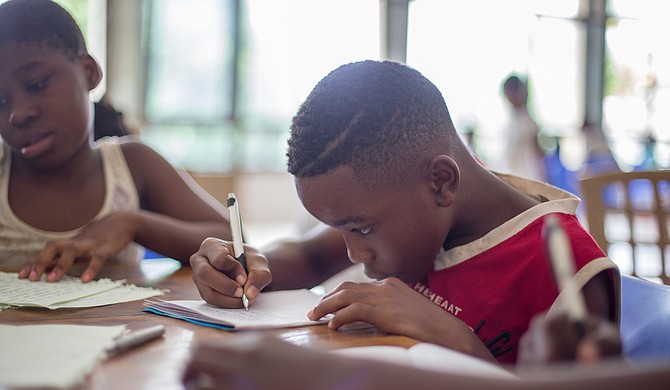 Mississippi moved up two slots to the 48th state in the nation in terms of child well-being in the Annie E. Casey Foundation's annual Kids Count report. It is the first time since 1991 that the state was not in the 49th or 50th spot. Photo by SantiVedri/Unsplash

JACKSON — For the first time since 1991, Mississippi ranked higher than 49th or 50th in the Annie E. Casey Foundation's annual Kids Count report that measures child well-being across economics, education, health, and family and community.

Linda Southward, co-director for the Mississippi Kids Count Program at Mississippi State University, told the Jackson Free Press that it is good news Mississippi is not 50th (as it was last year), but we still have a long way to go.

"Mississippi has been showing some gains in many indicators for a number of years, but the ranking depends on the relative gains of other states," she added.

In other words, Mississippi as a state has made improvements, but Louisiana, ranked 49th overall this year, and New Mexico, ranked 50th this year, have also taken some hits.

Mississippi still has the highest rate of child poverty in the nation at 30 percent. That number surges for black children: 46 percent of African American children are in poverty, and white children are at 15 percent, Southward explained.

"And we know poverty increases the likelihood that a child is exposed to toxic stress out there, which can impair brain development and lead to poor academic outcomes and health outcomes," she said.

The report compares data using past census tracts to measure change in child conditions over time. The census determines federal funding for the following decade and sets how many seats a district gets in the U.S. House of Representatives. It also has implications for child funding. One million children younger than 5 were not counted in the 2010 census, and the census historically undercounts children of color, low-income children, and children from immigrant families.

"When kids aren't counted, communities don't get their fair share of federal dollars for Head Start, school lunches, public health insurance, housing, child care, and myriad other programs and services that help young children in low-income families get a healthy start in life," the report reads.

In Mississippi, 29 percent of children under 5 live in hard-to-count census tracts, data from 2012-2016 show. This includes children living in highly mobile or homeless households without an English-speaking adult because they are less likely to respond to the census. Also families in multi-unit buildings pose a challenge.

New challenges will arise in the 2020 census as well, which will ask respondents whether they are a U.S. citizen for the first time since 1980. Nearly 17 million people across the nation and 6 million children live in households with at least one undocumented person, the report shows. Immigrant and undocumented families could opt to not fill out the census at all.

"Immigrant families with undocumented members are sometimes reluctant to respond out of fear," the report reads. "The decision to add a citizenship question to the 2020 census—just days before the March 31 deadline to finalize the survey—will undoubtedly exacerbate this problem."

Southward added that this upcoming census will mostly be online, posing a challenge for Mississippi's rural areas without adequate Internet access.