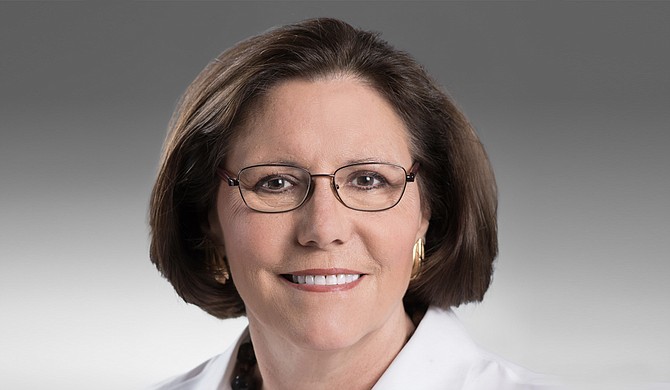 JACKSON — Alexis* has been a homeowner in southwest Jackson since 1999. Her neighbors left more than five years ago, and the house next door has been abandoned ever since. As her neighbors' yard collected trash, she picked it up and did other work on the house so that her own property did not get overrun with weeds or the snakes that naturally appear in and around abandoned properties.

Her other neighbors call her crazy for all the work she puts into a home that is not hers, she says. As a mother of six, three of whom are school-aged, Alexis says she does it for her kids.

In the last couple of months, Alexis' family has been terrified and paranoid because wood rats from next door have started eating their way into her home. She had to put cement around her toilet when she found out that they had carved out an entryway underneath her commode. Now, vagrants have started coming into the empty house next door at night and starting fires. She goes to sleep terrified of waking up to blazes.

Alexis asked that she remain anonymous because she does not want people drawing conclusions about her because of what is happening to her house—she does her best to maintain her home.

She has spoken to several people working for the City of Jackson, including at public city council meetings, but considering that she has been back and forth to local hardware stores so often in the last two months that she says the managers know her by name, not much has changed with the house next door.

"I pay taxes just like everybody else," Alexis told the Jackson Free Press. "[P]eople in Jackson help who they want to help."

Alexis says she feels overwhelmed and discouraged, and the more she talks about her home situation, the closer she gets to tears.

"Stress will kill you," she said. I'm tired of being stressed. ... I have to look out for my children."

As of late 2017, Jackson had more than 4,000 dilapidated, blighted properties. The house next door to Alexis' is not strikingly rundown, especially compared to some of the other properties in the City with sunken roofs that look like a collapsed house of cards. Her neighbor's house is not listed in the tax-forfeited property directory on the secretary of state's website. For now, it hangs in the balance, still causing a nuisance to Alexis and her family.

The Community Improvement Unit within the Jackson Police Department handles blighted and abandoned property. The City placed the CIU under police jurisdiction in October 2014. Residents can report properties directly to CIU, or council members can do so on behalf of constituents. The CIU sends notice to the property owner, who then has to attend either administrative court and/or environmental court in the City. CIU officers inspect the property and determine if it needs to be demolished or boarded up if it is structurally sound enough. Either action has to get city-council approval to authorize a contract to do the demolition or put boards on the windows and doors.

Jaye Coleman, commander of support services in CIU, said the process can take a couple months waiting for property owners' responses and council approval. In the meantime, the homes, like the one next door to Alexis, can be hazardous.

"We board it up so kids can't get in it and get hurt, and transients can't get in there overnight and possibly burn the house up," Coleman told the Jackson Free Press. "We have a lot of that, where people go into a vacant property to warm up and some kind of way the house catches on fire."

Community members like Alexis are right to be concerned about blighted and abandoned properties.

"Neighborhood blight is part of the vicious cycle in Jackson," the 2016 BOTEC Analysis report on local crime warns. "Crime causes blight, and blight fosters crime. Abandoned houses, called 'bandos,' shelter runaway youth and provide a haven for drug use or headquarters for gang activity." Not to mention, they help sink property values in the neighborhood, meaning that more blight is likely.

In its most recent efforts to deal with forgotten homes, the City of Jackson announced that it had identified partners required to secure funding from the Mississippi Home Corporation's "Blight Elimination Program": Habitat for Humanity Mississippi Capital Area, Jackson Housing Authority and Chicago-based Karry L. Young Development, LLC. 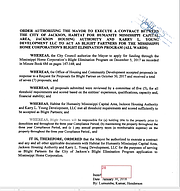 The program draws funds from the U.S. Department of Treasury set aside under the "Hardest Hit Fund Program," designed to provide financial assistance to families in states where the housing-market crash had the greatest impact. The blight partners will use funds to obtain the title to properties in a designated area prior to demolition. In addition, Habitat for Humanity will schedule demolition for some of the properties it already owns.

For the next three years after demolition, the partners are responsible for maintaining the lot. Should they decide to build before the three years are up, they have to repay some of the grant money.

Habitat for Humanity will work on Greenview Drive and in the Virden Addition where it has already concentrated its efforts. Merrill McKewen, executive director of Habitat for Humanity in Jackson, is excited about that three-year period because it takes the pressure off her organization to immediately put up houses, and it gives instant relief to the neighborhood.

When City Council authorized the blight elimination partners on Jan. 30, Ward 3 Councilman Kenneth Stokes said he hopes more of the city will benefit.

Director of Planning and Development Mukesh Kumar expects eight total rounds of applications to happen over the next few years, as cities are allowed to apply for multiple rounds of funding with different blight partners until the money runs out. The "Hardest Hit" funds go away in 2020.

Lisa Coleman, the vice president of federal grants for the Mississippi Home Corporation, told the Jackson Free Press in November 2017 that the ideal qualifying neighborhood would be thriving with one or two blighted or abandoned homes on the street that bring down the value of those around them.

"It's really not to go into an all-blighted area and tear down blighted homes," Coleman said.

Maybe Alexis' neighborhood will qualify, maybe it won't. The house next door has been flagged by CIU to get boarded up to keep vagrants out—and allow her to get some sleep.

*Name has been changed.