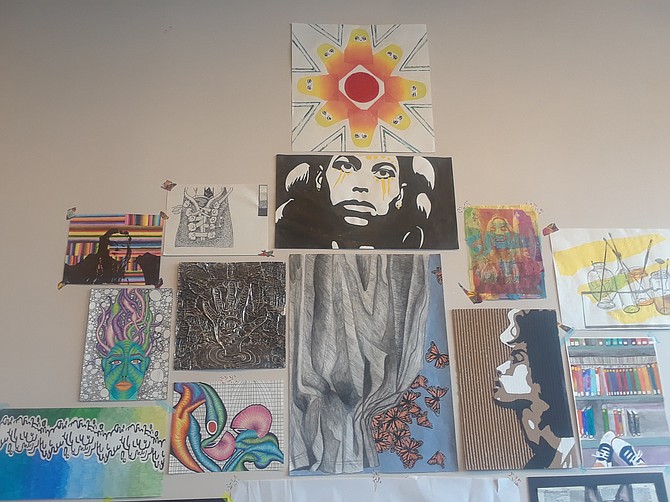 The artwork of Frances Fortner, who died in May after her car hit an unsecured manhole cover, is at Cups Espresso Cafe in Fondren until Aug. 31. Photo by Johnie Hannah