The Pros and Cons of a State Lottery | Jackson Free Press | Jackson, MS

The Pros and Cons of a State Lottery 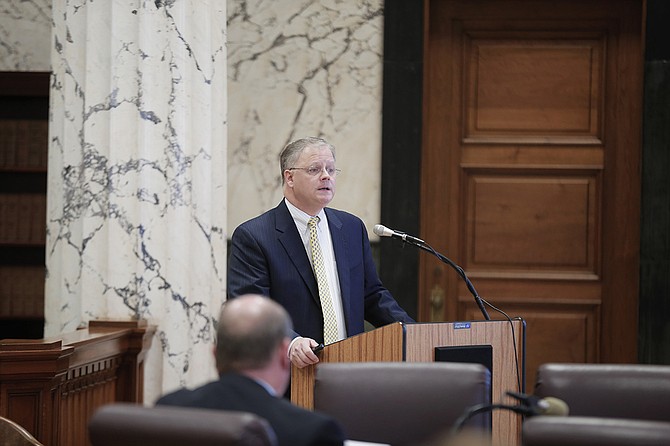 JACKSON — On a map of states that have no lottery, the hold-outs stand strong in pairs: Alaska and Hawaii, Nevada and Utah, and Mississippi and Alabama. Mississippi lawmakers, though, are thinking about installing a lottery due to a thinning revenue base and a need to fund the state's infrastructure. That is, if they decide a lottery is feasible in the first place.

House Speaker Philip Gunn, R-Clinton, created a committee of representatives to study the lottery this summer, led by Rep. Richard Bennett, R-Long Beach, who chairs the House Gaming Committee. The study group met all summer and will issue a report on its findings before the legislative session begins in January 2018. Bennett said the report is not going to say whether or not the state should install a lottery.

"There's not going to be a recommendation for or against the lottery in here. That was not our intent; our intent was to find the facts," Bennett said at the committee's Nov. 16 meeting. 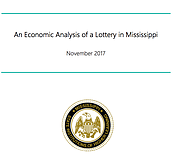 State economist Darrin Webb used two approaches based on states with similar populations to Mississippi to see how much revenue a lottery could generate annually. In calculating lottery revenue, states assign sales percentages to pay out revenue. The typical state splits lottery revenue into these percentages: 50 percent to payouts, 30 percent to the government and 20 percent to costs, an analysis Webb presented to lawmakers shows.

Ideally, a lottery would bring Mississippians who play games in other states the opportunity to keep those dollars here instead. Mississippians spend nearly $70 million annually in out-of-state lotteries.

Owners of the state's convenience stores are supportive of the lottery, with a few stipulations. Philip Chamblee, the executive director of the Mississippi Petroleum Marketers and Convenience Stores Association, said that in states where the lottery is legal, convenience stores sell about half the tickets.   Commission on lottery tickets vary state to state, but the Mississippi association would support legislation that mandated a 6 percent or higher commission for the seller. The convenience store would make 10 cents on a $2 lottery ticket under this proposal. Chamblee told the committee that in many states, stores selling the winning ticket also draw a commission. The association voted to support the sale of lottery tickets in their stores this month, but Chamblee encouraged lawmakers to only allow ticket sales with cash.

"Some states allow the use of debt or credit cards to purchase lottery tickets. ... We think this is a bad idea. Transaction fees to process the card will be higher than the commission spent on the ticket, potentially eliminating profit to the retailer of the letter ticket," Chamblee said.

Lotteries are regressive for those who play, meaning that people who make less money spend a larger percentage of their total income on lottery games than higher-income individuals, research shows. Income inequality is heightened in the presence of a lottery—particularly for the African American population, Bryan Farrell with the Stennis Institute wrote in a brief for lawmakers.

Ultimately, a lottery would disproportionately affect lower-income people in the state, Webb said earlier this month.

"Mississippi is already plagued by people making poor choices, including decisions regarding their health, family planning and education/training. A Mississippi lottery means the State will be investing in and encouraging individuals who have limited incomes to make poor financial decisions," Webb, the state economist, said.

Webb analyzed how a lottery would affect Mississippi's economy and predicted a slight decrease in GDP, employment and income in the state with a lottery.

"If we assumed it was entirely spent on the state's roads and bridges, (which) probably gives you the highest impact of any immediate spending... (Y)ou still have a slight decrease in economic activity," Webb said.

The Mississippi Gaming and Hospitality Association says its members are threatened by the potential for video lottery terminals, called VLTs, to be in convenience stores and truck stops across the state. Current state laws only allow slot machines and VLTs in casinos.

"It would not be an over-statement to say that from a gaming standpoint, the passage of legislation legalizing VLTs would be the equivalent to the industry of suffering another natural disaster," Larry Gregory, the gaming association executive director, said, alluding to how Hurricane Katrina hurt casinos on the coast. "... We are adamantly opposed to any legislation that would or could legalize VLTs."

Gregory said the association anticipates proponents of VLTs to try to amend a bill if legislation is introduced or to use litigation if the bill is vague in its regulations.

"The gaming association strongly urges the committee ... (to) limit the lottery to paper tickets, specifically excluding video lottery terminals, VLTs, and any electronic device that looks and plays like a slot machine," he said Nov. 16.