Public Works Pushes Back on Subcontractor 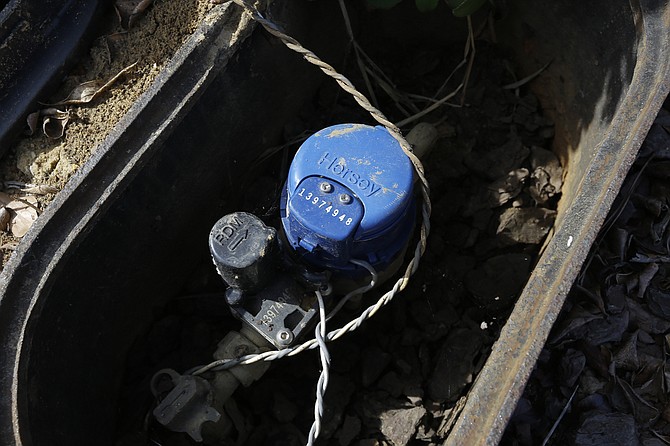 The Mueller Systems contract would be approximately $265,000 for water metering maintenance fees. The Siemens contract cost the City about $91 million for services. Photo by Imani Khayyam.

JACKSON — The City's Public Works Department is seeking to pay outside companies for assistance due to its lack of a qualified staff and potential damages to antennas and water towers.

Wanda Knotts, deputy director of solid waste and water/wastewater utility, spoke on at the May 30 council meeting ,requesting more than $200,000 to pay Mueller Systems and AquaLaw. Mueller Systems, based in North Carolina, is a subcontractor of Siemens Industry Inc., which is under fire locally for alleged violations of its $91-million performance contract agreement. Mueller would be operating under a maintenance contract and responsible for managing automatic water metering infrastructure technology in Jackson.

No Baths for Citizens?

Knotts said her department moved money from a business office and the O.B. Curtis Water Treatment Plant in order to support two professional contracts that the city needs to maintain this fiscal year.

"[O]ne (contract) is for our automatic metering infrastructure, and the other one is AquaLaw, and it's a total of $265,000," she told the city council.

AquaLaw is a Virginia law firm that specializes in environmental law and is representing the City of Jackson with its proceedings regarding the wastewater-treatment facility battle between Hinds and Rankin counties.

Ward 4 Councilman De'Keither Stamps believes the council should consider the city attorney as an alternative to Aqualaw. "We need to discuss with our legal department (if) we want to go forward with this lawsuit, looking at the current situation ...," Stamps said. "Because we spend a lot of money on lawsuits, and recent developments and changes may affect our decision going forward."

Ward 3 Councilman Kenneth Stokes followed. "We keep hearing from the citizens it's not working," Stokes said. "I thought we had everything where we were in house now. We're not dealing with other cities out of the city limits of Jackson in terms of billing and collection."

Stokes added that some citizens are not taking baths or flushing bathroom toilets to keep water bills low in their homes.  Application Denied

Knotts says the department needs the extra assistance from Mueller due to the "lack of staff to support infrastructure."

"First of all, we went out, and we published an RFP, a request for proposal, to maintain this infrastructure. And this infrastructure has a whole lot more to do than a meter," Knotts said. "We need the assistance. We published an RFP twice. We did not get anyone who responded so we reached out to Mueller, the manufacturer of the system, and they provided us with a proposal."

She stressed that the technology associated with the towers around the city requires internal support, such as staff and equipment, to be properly maintained. The contract with Mueller Systems is likely to be renewed in further years due to unqualified applicants and applicants who are unavailable at the requested response times.

"Based on the talents that I'm getting now based on applicants. No," Knotts said. "My estimation, it takes at least 20 people to maintain this infrastructure with the meter issues that we have also."

The Siemens contract has not expired, which brings the question many on council is asking: "Why are we paying Mueller?"

"I don't think the concern is with Mueller. ... It is the position at which the City of Jackson has been placed due to the wording—stop me if I say anything wrong, city attorney—or lack of milestones that have been placed in the contract for the water metering replacements," Hendrix said. "This is ridiculous."

Stokes and Stamps have tried to sue Siemens in the past, but the council voted it down each attempt.

The Siemens contract required the company to install water meters around the city to save the City money. Incoming Mayor Chokwe Lumumba has said he will consider suing Siemens.

Director of Public Works Jerriot Smash and Knotts explained that the Siemens contract entails software upgrades and battery warranties but does not include water-meter infrastructure maintenance because it is a performance contract, not maintenance. He added that services from Mueller are needed in the case that there are issues with towers and metering technology. The city council suggested that the public works department consider funds for in-house training instead.

"In order for me to support something like this, I would need to see a budget revision that not just includes the contractual agreement for the private company but more money for training," Stamps said.

He added that he would rather support something of higher monetary value that includes training for students to be properly equipped.

Mueller Systems could not be reached as of press time. A response from Mueller will be added online when reached..