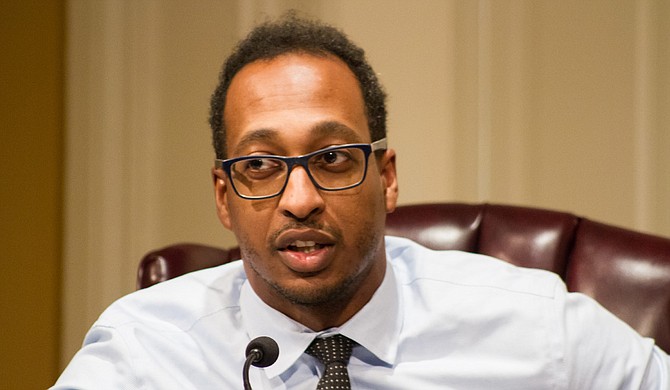 JACKSON — The last Jackson City Council meeting was eventful to say the least—a good trade for sitting on the hard wooden benches in the chambers for nearly five hours. Some items at the Jan. 18 meeting were swift and easy to comprehend like hiring a new lawyer to renegotiate the consent decree with the Environmental Protection Agency over the dumping of sewage into the Pearl River. The council voted to retain Susan Richardson and the Law Firm of Kilpatrick, Townsend and Stockton because of the firm's track record with negotiating federal consent decrees.

Another lawsuit is also moving forward, leading the council to vote to authorize the Office of the City Attorney to retain experts for litigation in a wrongful-death claim Nanette Mallard brought against the City in March 2017 on behalf of her son, Jamaal Mallard.

After Jamaal was arrested at home and booked on Oct. 11, 2015, he allegedly suffered from injuries that were untreated. About three-and-a-half hours after he was booked, a guard found him dead. The City and others named in the lawsuit deny all charges.

But other agenda items dragged on, like the debate over bringing a lawsuit against Siemens Industry Inc. over its controversial contract to oversee new water meters in Jackson, which grew more convoluted by the second.

The City's water-meter issues stem back to the 2012 contract with Siemens that came about when the council during Mayor Harvey Johnson's era gave Siemens the authorization to audit the city's water system and evaluate the need for a new electronic water-meter system.

By July 22, 2013, Siemens had completed the audit and appeared again before the council for final approval of a $91-million contract to revamp the water system—especially its broken billing that had led to millions of dollars of losses in revenue over many years.

Siemens has continually passed the blame back to the City for the myriad of problems that have resulted from the contract, which, despite being sold as a "performance contract," required a large amount of money to be paid to the company before the work was complete.

Past city councils have avoided taking legal action against Siemens to date even as the issue has unearthed contracting controversies. In 2016, under former Mayor Tony Yarber, the council passed an ordinance requiring the disclosure of all parties involved in a contract from the major contractor. It also requires that the prime contractor pay all contractors within five business days.

But there's still the unsettled reality of $3,000 water bills going out to customers after bills have accumulated sometimes for months. As last week's meeting, Ward 3 Councilman Kenneth Stokes sought to authorize the City to hire outside legal counsel to bring a lawsuit against  Siemens to "recoup the $90 million paid for the water meters" and put that money back into the pipes and water infrastructure. He tried the same action in 2016.

"We have been as patient, I think, as we can possibly be with this Siemens situation," Stokes said.

The City's attorneys had an issue with Stokes' item—all Interim City Attorney James Anderson would say in open session was that his office did not find Stokes' motion "legally sufficient." Ward 4 Councilman De'Keither Stamps said he was up for discussing it in an executive session, but also highlighted the inconsistency as the council did not go into an executive session to discuss hiring outside lawyers to negotiate the consent decree, despite him urging them to.

The council finally went into executive session and returned having taken no action. They worked on several amendments of the item until the attorneys gave the Council the legal clearance to vote on it.

Ultimately with a vote of 3-2, the Council voted to pass the item without an amount they hoped to recoup and Stokes' language about how to use the money. Ward 7 Councilwoman Virgi Lindsay and Ward 2 Councilman Melvin Priester Jr. were not in the room, and Council President Charles Tillman of Ward 5 and Ward 1 Councilman Ashby Foote opposed it.

Mayor Chokwe A. Lumumba said his administration would not take an official position at this moment. He did, however, campaign on the need to sue Siemens.

To get to the point, this vote will not immediately launch the City into a lawsuit against Siemens, unless the mayor wants to act on the Council's wishes. This vote, however, still shows Lumumba that should he choose to sue Siemens, the council would likely support those efforts.

"What happened last week is really more of a message to the mayor that a majority of city council supports suing Siemens," Priester said in an interview after the meeting.

"So as (Lumumba) goes forward, it's in his power as mayor now to use the fact that the City Council is on record wanting to sue Siemens to try to push for a positive resolution."