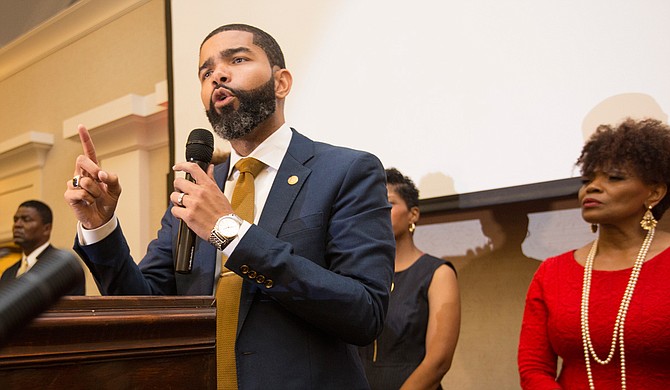 Mayor-elect Chokwe Lumumba thanks his supporters at the King Edward Hotel after winning the primary election with 23,175 votes, or 93 percent of the total vote. Photo by Imani Khayyam.