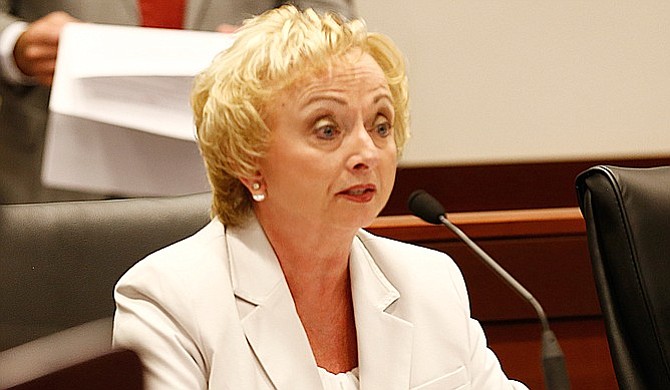 State Superintendent of Education Carey Wright released her annual report on state education last week and met with the House Education Committee to update its members on progress and room for growth in the State's education initiatives. Photo by Imani Khayyam.

JACKSON — Carey Wright, the state superintendent of education, addressed House Education Committee members last week at the Capitol about progress on education initiatives as well as room for growth and improvement. 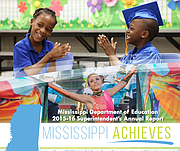 The Mississippi Department of Education expanded early-learning collaboratives, which are public pre-kindergarten programs, across the state after the Legislature appropriated additional funding in the last session.

Initially, Mississippi had 11 early-learning collaboratives, but now MDE has approved four more. The state has 14 collaboratives, Wright said last week, after one chose to close.

"Our kindergarten teachers are knocking it out of the park," Wright told the House Education Committee meeting this week.

The test is graded on a scale of 1 to 5, and students need a 4 or 5 to be considered proficient, Wright said. To pass, however, students only needed to reach a 2 in the 2015-2016 school year. That standard will increase this year, and students will need a 3 to pass, Wright said.

Gov. Phil Bryant praised the results of the third-grade reading test in his remarks at the Mississippi Economic Council's Capital Day last week. On Jan. 4, Wright reiterated that passing does not mean being on reading level.

"The important part for you to remember here is that passing this assessment is not the same as proficiency, and I need everyone to really clearly understand that because I've heard people say, 'We have 92 percent of our third graders proficient in reading,' and the answer is no, you have 92 percent of our third graders who have passed this assessment. Now, are a good portion of them proficient? Absolutely. But you help me raise the bar on this," Wright said.

"We are sending notifications to everybody, particularly those who have been awarded but not asked for reimbursement as well as those that have re-enrolled in public schools to verify their status," Wright told House Education Committee members on Jan. 4. "We want to make sure that they are taking advantage of the money that you've provided, and if not, why not, but that's certainly their option but we want them to maximize this."