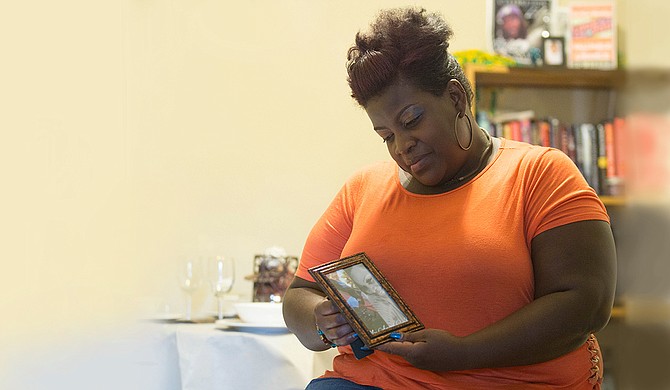 Charles McDonald, 17, died from gunshot wounds in the parking lot of Performance Oil on McDowell Road after Wayne Mitchell Parish, vice president of the company, allegedly shot the young man in the middle of an auto burglary. His mother, here holding a picture of McDonald, says Parish is under arrest for murder. Photo by Imani Khayyam.

JACKSON — Nearly five months after a 17-year-old died from gunfire in the parking lot of Performance Oil on McDowell Road, a Hinds County grand jury indicted Wayne Mitchell Parish, 57, of Crystal Springs on Dec. 29 for 1st-degree murder of the teenager by shooting him multiple times in the chest. Charles McDonald’s mother called to tell the Jackson Free Press of the arrest the day after the Hinds County Sheriff Department arrested Parish, a vice president of Performance Oil. 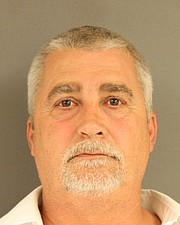 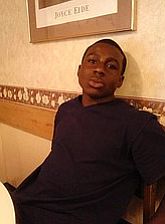 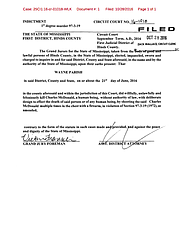 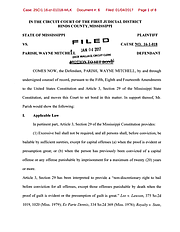 The indictment, which the Jackson Free Press could not retrieve until Jan. 4, shows that a Hinds County grand jury indicted Parish of murder back in September 2016, but he was not arrested until Dec. 29, 2016. The indictment for violating Mississippi Code 97-3-19 was sealed until Jan. 4, and McDonald's mother did not learn about the indictment until Parish's arrest. It is unclear to date why the arrest took so long. The Hinds County Sheriff's Department has not returned calls about it, and the Hinds County district attorney's office was pre-occupied this week with the DA's trial.

“I was overwhelmed with joy, that after 159 days of waiting, that he was finally arrested and charged,” Yvette Mason, McDonald’s mother, said today. “No one from the law-enforcement agency contacted me, and that’s what I am baffled about. At the end of the day, this was my child. Even if it had been the other way around, his family would have been notified.”

Mason would not say how she first heard about Parish’s arrest, but the arrest log was on the county’s inmate search service on Dec. 30. The arrest log lists Parish’s charge as murder, and a record from the Mississippi secretary of state’s website lists him as the vice president of Performance Oil.

A representative from the district attorney’s office confirmed Jan. 3 that Parish had been indicted, and a Hinds County Circuit Court clerk showed a reporter the computer entry that displayed both Parish’s indictment record and said that the file was still under seal. The Jackson Free Press was finally able to download the indictment on Jan. 4.

Usually, grand-jury indictments are kept secret by law until the individual accused has been informed and/or arrested. The clerk said at the time that it took some time for the computer system in the courthouse to be updated after the indictments are handed down. Since the file was still under seal, no copies could be made.

Police statements from the day of the incident indicated that it was an employee of the business who shot McDonald.

“One of the employees, armed with a handgun, approached McDonald in the parking lot and attempted to stop him,” a Jackson Police Department release from that day states. “There was a struggle between McDonald and the employee. The employee shot him during the struggle. The employee was questioned and later released. There were no other injuries reported.”

McDonald’s mother told the Jackson Free Press that her son was beating on the windows of the car with the red flip-flops he had been wearing at the time.

Mason, present during the shooting death of her son, told the Jackson Free Press in a longer interview in October that McDonald had run down the hill from the Henley-Young Juvenile Justice Center, where he was detained over eight times over the last two years.

McDonald’s mother and the executive director of Henley-Young, Johnnie McDaniels, both told the Jackson Free Press that McDonald did not receive the mental-health and substance-abuse treatment he needed at the detention center on McDowell Road, near Performance.

No indictment records on Parish were available in the county’s electronic record retrieval service, the Mississippi Electronic Courts, MEC, as of press time. The Hinds County Circuit Court MEC system showed an indictment on Jan. 4 for Parish for the murder of Charles McDonald, filed on October 28, 2016.

Calls to the sheriff’s office returned only busy signals during several attempts this afternoon. Jackson Police Chief Lee Vance said he was unaware of the arrest.

Mississippi Code 97-3-15 outlines the requirements for “justifiable homicide,” sometimes referred to as the “Castle Doctrine,” and one of the allowed instances outlined is “when committed by any person in resisting any attempt unlawfully to kill such a person or to commit any felony upon him, or upon or in any dwelling, in any occupied vehicle, in any place of business, in any place of employment or in the immediate premises thereof in which such person shall be.”

The 2006 law rode with the national trend of American Legislative Exchange Council-supported bills that copied a Florida law, known as the “Stand Your Ground” principle, used later on to pave the way for the acquittal of George Zimmerman in the much-publicized trial for his shooting death of teenager Trayvon Martin.

The victim’s aunt told the Jackson Free Press during a phone interview Monday that the family now fears that Parish would receive a low bond during his arraignment. The arrest record shows he was booked into the Raymond Detention Center. It does not show a bond posted as of Jan. 3.