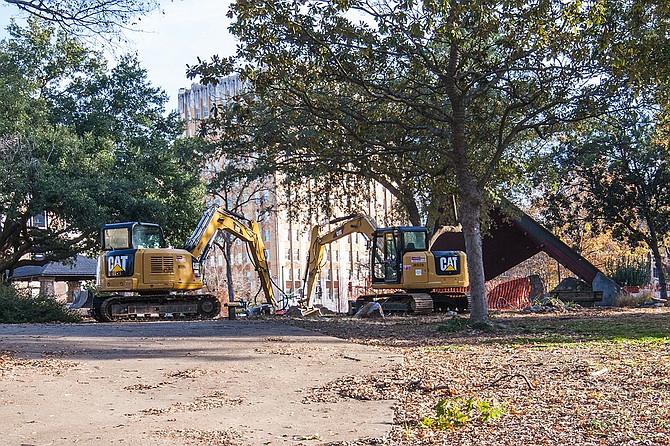 Downtown Jackson’s Smith Park is undergoing its second phase of renovations and is currently closed to the public. Stakeholders want to revitalize the park, but do not want to displace homeless residents that make use of it. Photo by Stephen Wilson.