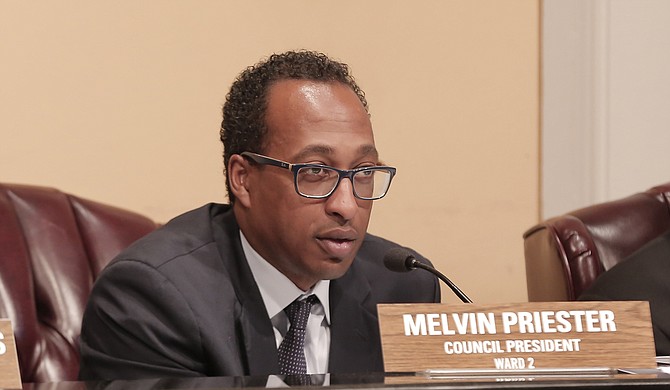 JACKSON — In a step toward compliance with state law, and the latest in a series of steps to generate transparency in local government, the Jackson City Council posted its agenda packet for next week's meeting online: a first for the Jackson municipal government. Those documents are the back-up materials that council members get for discussions during meetings.

"People want to be able to see primary source documents because the Internet and technology make it so easy to see primary source documents," Council President Melvin Priester Jr. told the Jackson Free Press during an interview in March about transparency. "I also think that the Internet and technology have changed expectations about the availability of documents. Where it was not as important in the past, the way people consume news now is different."

Not only does posting the full agenda, which is more than 196 pages long, bode well for the struggle for an open and honest government, but it eases the burden on the city clerk to provide documents available to the public during the meeting. Also, it places the council and government in compliance with the state's Open Meeting Act, outlined in Mississippi Code §25-41-5 (4).

Before now, the City did not hand out the packets to the media, and presumably any member of the public, who had not first filed a public-records request. This would mean, without city-clerk intervention, that most attendees of the council meetings would have no idea what details of what documents were being discussed. Sometimes media representatives would not receive copies of ordinances that were passed until days later. Now, that should all change with the copies of the agendas digitized and placed online in advance of the meetings.

To access the agenda for next Tuesday's regular meeting, first go to JacksonMs.Gov and hover on the tab marked "Government" at the top of the page, go down to "City Council," and then over to "City Council Agendas and Minutes."