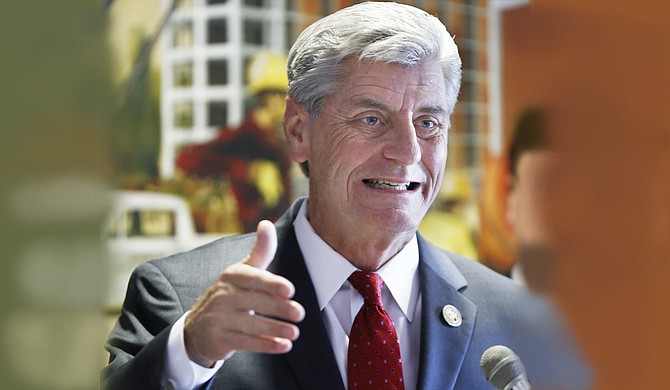 Gov. Phil Bryant told the Associated Press on Thursday that he intends to join an 11-state lawsuit filed in Texas against the federal government and various federal agencies over Obama's transgender bathrooms in public schools directive. Photo by Imani Khayyam.

JACKSON — Attorney General Jim Hood said he will not add the State of Mississippi to the Texas lawsuit against the federal government over President Barack Obama's directive to public schools, telling them to allow transgender students to use bathrooms that match their gender identities.

In a statement Thursday, Hood said he had concerns about the standing of the Texas lawsuit.

"I also have concerns on issues of standing in the Texas suit because no federal funding has been withheld from any school," Hood said. "Moreover, I have a different legal opinion as to how the United States Supreme Court will finally decide the issue." 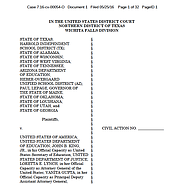 The lawsuit, filed in federal court in northern Texas, details a short history of how "the Obama administration began to rewrite statutes to cover 'gender identity' as though they had actually been amended."

Gov. Phil Bryant told the Associated Press on Thursday that he planned to join the lawsuit as soon as possible, but without the attorney general's representation, the governor will have to seek other counsel.

Hood's statement says the governor will have to join the lawsuit in his capacity of governor alone. "Only the attorney general can represent our state in such lawsuits, which includes all branches of government and, more important, all of the people of our state," Hood said in his statement. "I cannot lend the name of the state of Mississippi to this lawsuit."

Mississippi law (see below) also allows the governor to order and direct suits brought in foreign jurisdictions for the recovery of moneys due or "upon any claim or demand on which the state is entitled to sue" (see below). The governor "may employ counsel and, for such sum as is necessary to pay the costs or expenses thereof, order the auditor to draw a warrant on the treasury, payable out of any sum appropriated for the purpose."

The "auditor" in this case is the Department of Finance and Administration. Chuck McIntosh, the department's communications director, said DFA issues a warrant for a variety of services on behalf of the State, and in the case of the above law, it would be no different. By press time, McIntosh said he was not aware of any receipt of transaction from the governor's office requesting a warrant to pay for counsel.

The governor's office did not return calls or emails for comment about who would represent the governor in the lawsuit. Maine's governor, Paul LePage, is named in the lawsuit separately instead of the state of Maine entirely.

Obama's directive made waves in Mississippi when state Superintendent Carey Wright initially said her department would comply. After receiving letters from legislators and state leaders decrying the directive, the state board of education did a U-turn and announced on Tuesday that they would side with the state leadership on the issue.

Gov. Bryant applauded the Mississippi Board of Education's decision on Twitter saying that "going along with the Obama administration's social experiment would be harmful to school children and damaging to the process of educating them."

The governor may order and direct suits to be brought for and in the name of the state in any other state or foreign jurisdiction for the recovery of any moneys due or owing to the state, or upon any claim or demand on which the state is entitled to sue. For the prosecution of such suits he may employ counsel and, for such sum as is necessary to pay the costs or expenses thereof, order the auditor to draw a warrant on the treasury, payable out of any sum appropriated for the purpose.

Email state reporter Arielle Dreher at [email protected] and follow her on Twitter at @arielle_dreher. Read more about the fight for LGBT rights in Mississippi at jfp.ms/lgbt.