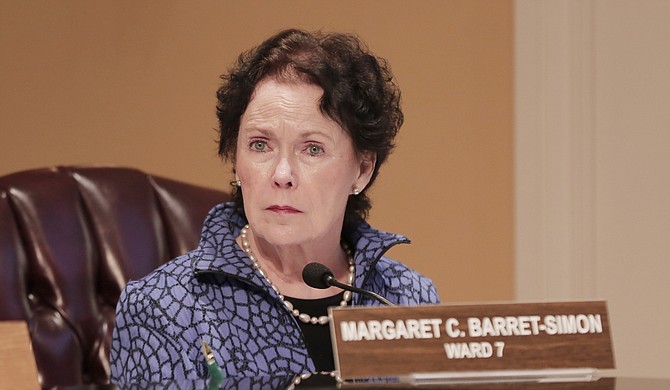 In its third annual attempt, the Jackson City Council worked to approve a resolution to support a private, local fund resource for neighborhood associations to address their local issues, like sidewalks, parks and other issues.

The resolution, which passed unanimously, will be signed and passed to the state Legislature, where the local delegation will try to garner authorization for the tax.

The City wants to be able to create special assessment districts, authorize a levy of up to six mills on taxable real property, specify the use of the proceeds from these districts, and create bond situations to arrange for funding in these districts. The city would retain full control over the creation and dissolution of the districts.

"It will help us in several areas. We have areas where folks are having problems collecting neighborhood association dues," Ward 4 Councilman De'Keither Stamps said at the council meeting, "and I think this is another way where neighborhoods have a high renter base that move in could stabilize their neighborhoods."

"This gives them the resources they need to come together to identify those projects and have a pool of funds to actually see those projects come to fruition," Ward 6 Councilman Tyrone Hendrix said, pledging his support.

"This just enables neighborhoods to take more control of what they think is more important in their area," Barrett-Simon said.

The resolution will go to the Legislature, where it failed twice before.

After one of the more violent weekends in the city this year, Jackson Mayor Tony Yarber announced the formation of a Criminal Justice Reform Task Force on March 9. He called it a "good-faith effort to examine our systems here in the city government and to make improvements that will benefit each and every citizen in the City of Jackson."

"We make this announcement against the backdrop of a heartbreaking four days of violence," Yarber said.

"And we find ourselves, four days later, six homicides later, and as a city, frankly, we have had the wind knocked out of us. The sheriff and the chief of police have been working together in tandem. We were able to see crime reduced, and now all of a sudden we see this."

Yarber called for a focus on the causes and consequences of crime and not just law enforcement. "We also further recognize our responsibility for developing strategies for prevention of crime and our need to provide economic and social opportunities for those who have come through this criminal justice system," the mayor said at the press conference.

The 30-plus members of the task force, led by Jackson Municipal Court Judge Gail Wright Lowery, will have the role of plumbing data assembled by the Mississippi Urban Research Center to create a "data-driven" plan to address the core issues around crime in the city.

"How do we prevent recidivism? How do we decrease those numbers? This task force is being assembled to not only examine that but after examining that, using data-driven approaches to make decisions and recommendations that will be published," Lowery said.

The task force will meet March 23 at 2 p.m. in the Warren Hood Building across the street from Jackson City Hall. The meetings are public and will continue every two weeks until the project is completed sometime in April. The public is encouraged to attend.

During the March 10 City Council meeting, the law suit against the City by two taxi drivers came up during a discussion of separate ordinances governing the operation of transportation network companies.

"Recently, we did regulations regarding transportation network companies like Uber," author of the ordinances, Council President Melvin Priester Jr. of Ward 2, said. "During the time that we discussed that, we realized that, in my opinion we had a lot of issues with regards to making sure that we had a level playing field between companies like Uber and existing taxi companies."

"What I have proposed is a set of regulations that try to I think address some of the issues raised during the hearings on that."

However, Priester was adamant that his proposed bill is far from complete, and he encouraged input.

"Let me be absolutely clear on this: I have no pride of ownership on this. I have done a broad playing field in the hopes that we have a very thorough discussion. We will amend things as we see fit," Priester said.

Priester said that the ordinance would be moved to the next Planning Board meeting.

Ward 1 Councilman Ashby Foote brought up the recently filed lawsuit from two taxicab drivers that allege that City regulations place unfair burdens on businesses attempting to operate within Jackson. "The city has been confronted with a lawsuit, regarding the taxi regulations. How do we address that situation?" Foote asked.

Monica Joiner, city attorney, encouraged the council to proceed as they would normally, but to limit their discussion of the pending lawsuit on the record.

"The position of the city is, that we will be working with the attorney that has filed this particular lawsuit to come up with a remedy. At the same time, the council has to operate within its normal realm of procedure," she said.