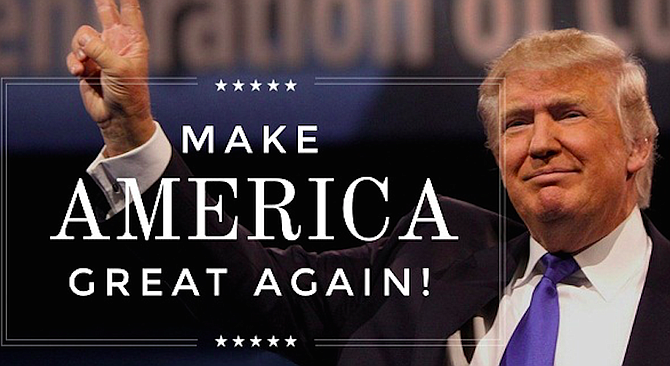 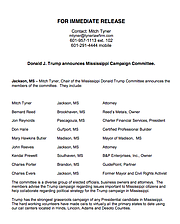 Evers, the former mayor of Fayette and a controversial civil-rights activist in the 1960s, has long identified as a Republican, famously endorsing Ronald Reagan for president, but broke ranks with the George W. Bush administration in 2003, criticizing the Iraq war in a column in the Jackson Free Press in March 2003. Trump, too, criticizes the Iraq war today, as well as blames the Sept. 11, 2001, terrorist attacks on the Bush administration.

The release said that the committee is helping strategize the Trump campaign in the state, which holds presidential primaries Tuesday, March 8.

"Trump has the strongest grassroots campaign of any presidential candidate in Mississippi," the press release stated. "The hard-working volunteers have made calls to virtually all the primary states to date using our call centers located in Hinds, Lincoln, Adams and Desoto Counties."

The full committee is:

Trump is holding a campaign rally at Madison Central on Monday at 7 p.m.