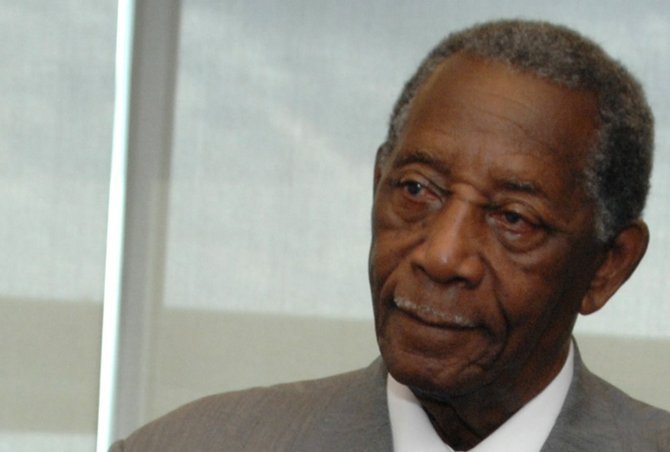 Charles Evers, 91, is a World War II Army veteran who fought abroad and at home for equality.

He was also one of the most influential civil-rights spokespeople and activists in Mississippi. Evers, who became the first African American disc jockey in Mississippi at WHOC Radio Station in Philadelphia, Miss., in 1950, is now the WMPR 90.1 FM Radio general manager and board chairman in Jackson, Miss. He says that radio and communication are important because they expose people to the good and the bad in the world.

NAACP named Evers "Man of the Year" in 1969. That same year, he became the first African American mayor since Reconstruction in Mississippi, when he won the Fayette, Miss., mayoral election. The city re-elected him in 1973.

Evers says he wants to be remembered as fair, caring and wanting what is best for all people.

"I'm a great believer in equality, not superiority," he says. "Medgar and I never fought for that. We fought to be equal and treated fair and to be given the chance to be whatever we wanted to be. So far we've accomplished that."

Over the years, Evers has continued his work to help others who have been marginalized in some manner. He founded the James Charles Evers Foundation, an organization that focuses on helping senior citizens, mainly with physical and mental disabilities, through providing transportation to places such as doctor's offices and grocery stores. The foundation also helps people join Medicare and Medicaid while helping senior citizens get the information they need.

"No one cares about the nobodies," Evers says. "Somebody has to care."

He says that he has had challenges because of the color of his skin. One of these problems is that he could not marry the love of his life—a Filipino woman named Felicia—because she was considered white.

Evers did, however, marry and has nine daughters and one son.