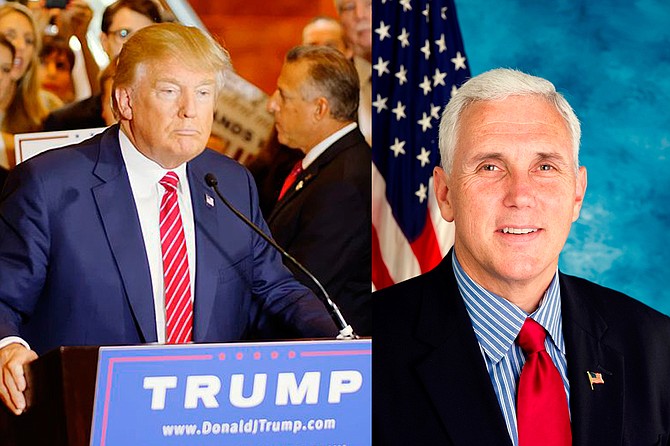 Barbour is chairman of the Committee on Permanent Organization for the convention this year. His nephew Henry Barbour, Mississippi's Republican National Committeeman, is a deputy co-chair for the convention, serving on the Rules Committee.

Haley Barbour said Sunday on CBS' "Face the Nation" that Republicans now realize that Trump will be their nominee this year and have put aside thoughts about nominating a different candidate at this week's convention. "I think people have realized that the Republican voters of the country have spoken," Barbour said on "Face the Nation." "Donald Trump got—he was not my first choice. He got more votes in the Republican primaries than any other Republican candidate in the history of our party."

"He won a huge victory," Barbour added. "And I think people are—some people who weren't for him are reconciled to that."

"Mike was a strong conservative leader in Congress and has been one of the nation's leading Republican governors," Bryant said in a statement sent by the Mississippi Republican Party. "I have known and worked with Mike as a fellow governor and am certain he will help Donald Trump make America great again."

Wicker served in the U.S. House of Representatives for seven years with Pence from 2001 to 2007. Pence left the House in 2013 when he was elected Indiana's governor.

The Associated Press reported Friday that Henry Barbour said Pence is a fiscal and social conservative and "a steady hand" who will make Republicans comfortable.

"He's a serious player," Barbour said. "This is not some guy from the B team."

The Republican National Convention starts today and lasts through Thursday. The schedule, posted on the RNC's website, says the convention will showcase stories from Republicans throughout the U.S. who want to "Make America Great Again."

The Democratic National Convention is July 25-28 in Philadelphia, Pa.