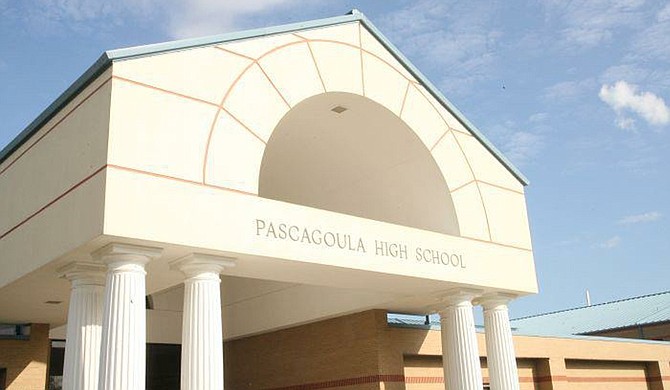 PASCAGOULA, Miss.—Just a few years ago, sagging pants and disrupting instruction at school were almost certain to land a kid in front of Jackson County Youth Court Judge Sharon Sigalas. At that time, Sigalas says the school districts under her jurisdiction were in a pattern of sending kids to her for what she calls "minor violations."

Sigalas says the practice was a burden on the court system. "We don't need to be the babysitter for kids the school determines are disruptive," she said.

So the judge of 13 years took action. She wrote a letter that she now sends out to the four school districts under her jurisdiction at the beginning of each school year. In the letter she mandates the criteria that schools must use when deciding whether they can send a student to the Jackson County Youth Court: possession of weapons or drugs on campus, assault on teachers or other students with serious injury, or committing any sexual offenses that constitute a crime.

Everything else, like dress-code violations and behavior issues, the schools have to deal with themselves.

Sigalas' action comes at a time when school districts nationwide are under fire for sending youth, especially young men of color, into the justice system for seemingly minor offenses, creating a school-to-prison pipeline.

Experts say exclusionary discipline policies such as out-of-school suspension and brushes with law enforcement at school only maintain the pipeline; that is, sending young people into the system for minor offenses, oftentimes leading to their increased involvement with law enforcement and committing more serious crimes.

A 2006 Justice Policy Institute report found that "detention has a profoundly negative impact on young people's mental and physical well-being, their education and their employment."

In 2015, more than 10,000 minors in Mississippi, the majority of whom were black, entered the juvenile-justice system. Schools referred about 6.6 percent of young people in the system that year to the courts, a slight decrease from previous years.

While Sigalas can't take all the credit, the judge's efforts may be part of the reason.

At first, Sigalas says, her new rules for the schools were somewhat controversial. She says in the beginning, she got calls from nearly every superintendent claiming they couldn't keep "disruptive kids" in their classes. Most children came from Pascagoula or Moss Point schools—both districts that have central offices in close proximity to the youth court.

Once children arrived at the youth court, they would often end up staying far longer than needed. In the coastal community of Pascagoula, many parents commute 35 miles to Harrison County to work in casinos or in the shipyard, where they're not allowed to have a cell phone. Sigalas said youth-court employees would essentially end up babysitting kids until their parents came to get them late in the afternoon—and, if their parents showed up too late, the court was forced to detain kids it wasn't even planning on incarcerating.

"Once we hold them so long, they have to be booked in; we can't babysit them back there," she said.

The new rules worked. Sigalas says that in the years of implementation, her youth court rarely receives children sent in from school anymore. Although still high compared to other counties, the overall number of minors referred to the youth courts in Jackson County from all sources, including schools, has also slowly declined, from 776 in 2009 to 490 in 2015.

"The schools are (now) really receptive to the idea," she said. "They understand that kids need to be in school, not in jail."

"Initially, we had a high number of students we'd refer to youth court due to the actions of those students," Rodolfich said. "We opened communication lines with parents of kids who are struggling. One of the things we do at each of our secondary schools is meet with those parents during registration and talk about how we can help their children stay out of trouble."

Anthony Herbert, principal at Pascagoula High School, says the school's staff members work hard to build trust, not only among students, faculty and staff, but also parents and law enforcement. "We're not going to cry wolf: If we need that assistance (with a student), we have that assistance. Otherwise, we can handle it in-house," he said.

Herbert says the culture at his school is one of trust, communication and accountability. Parents, students, faculty and staff constantly communicate, and it's common for administration to even put their desks in hallways during the school day to better interact with the students. When everyone has clear expectations of how they're supposed to act, he says, schools have safe and orderly environments.

Sigalas says this approach has helped her, too.

"My job is not to babysit, not to correct disruptions. My job is (helping) kids who commit delinquent acts. It's been so much more pleasant working within the county now that we all know our limitations," she said.