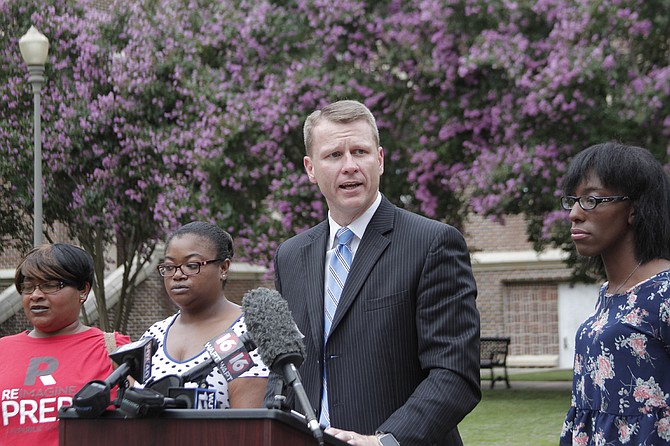 Mike Hurst, director of the Mississippi Justice Institute, filed a motion to intervene in the lawsuit challenging the state's charter-school law on behalf of parents whose children attend charter schools in Jackson. Photo by Arielle Dreher.