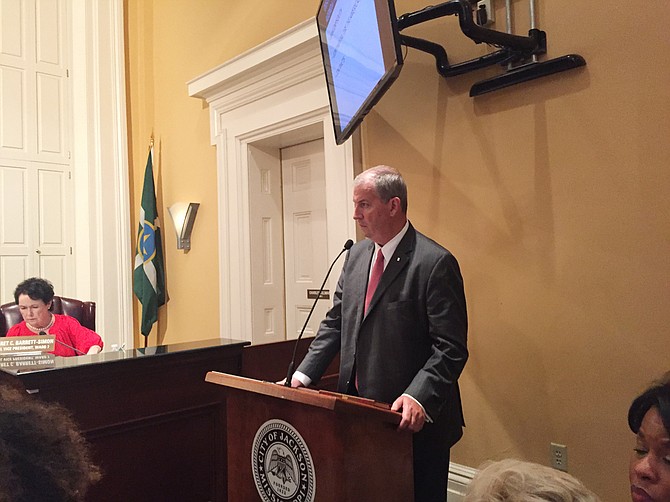 "Redlining" is a long-time practice in the United Stated by financial institutions that decide not to offer loans to from individuals of color or people who live in prominently minority neighborhoods. It gets the name "redlining" from a time when bankers would quite literally draw a red line around a neighborhood to show which areas to avoid.

In this case, BancorpSouth was accused of "unlawfully redlining majority-minority neighborhoods in the Memphis Metropolitan Statistical Area," "illegally discriminating against African American applicants in the underwriting of certain mortgage loans" and "illegally discriminating against African American borrowers in the pricing of certain mortgage loans."

The Tupelo-based banking company spans across eight southern states, and the practices were not isolated to Memphis. The legal complaint lists incidents from Alabama where loan officers commented on the race-based policy with remarks like "they need to get their credit up" and "stop paying their damn bills late." After the hiring of an African American employee, a coworker was recorded using an offensive derogative term in reference to them, then laughing.

As a result of the consent decree, the bank will have to pay out $10.4 million, including subsidized loans in the Memphis area.

Although the complaint or settlement did not mention Jackson explicitly, city council members were concerned, especially since a 2014 agreement places most of the banking services for the municipality with the bank. A December 2014 agreement between BancorpSouth and Jackson made that bank the "City of Jackson public funds depository for 2015 and 2016" as well as the banking services contractor for the same time span.

Ward 3 Councilman Kenneth Stokes asked Rollins to work on expanding home loans for areas of the city that have, in his opinion, been overlooked.

"We are not saying give anybody the money. We are talking about proper loans to proper people that will pay it back in these inner-city neighborhoods," Stokes said, mentioning the Virden Addition, Georgetown, Shady Oaks and the Washington Addition.

"I'm concerned about them, in this report, only dealing with Memphis for redlining when we know it is taking place in Jackson also," Stokes said.

"In my mind," Rollins said in response to Stokes, "all those folks that you just described that are looking for avenues and access to credit are exactly who we are looking for."

Access to these types of credit is essential for minority families to secure their future, Hope Enterprise CEO Bill Bynum explained in an Aug. 11 interview. Hope Enterprise and Credit Union provides credit and financial services targeted to residents in the most "persistently poor areas" of the region, including the Mississippi Delta and Jackson.

"I think that it is certainly the case that there is a perception that people in these communities are high-risk, but certainly they need access to banking services as much as anyone else does, in order to buy homes, to buy cars to go to work, and to weather emergencies," Bynum said.

"Unfortunately in the absence of depository institutions, you see a proliferation of payday lenders and check cashers and title lenders that charge exorbitant rates."

This leaves these families in the cycle of check-cashing and cash-based spending, so that it is virtually impossible for them to save, and therefore build a safety net.

"Absolutely I would call it predatory," Bynum said.

Not to mention that the ability to lean on credit from a banking institution also helps individuals and small businesses deal with large, unexpected expenditures. And without the ability to build wholesome relationships with banks, redlined communities struggle to build wealth, contributing to generational poverty.

"When an emergency arises, you need a bank that is responsible to those residents, and that is disproportionately absent in communities of color in our region," Bynum said.

Ward 5 Councilman Charles Tillman said he was concerned about west Jackson's "houses foreclosed, then abandoned." He said Jackson requires financial assistance to bring back some parts of the city.

"It would take some financial institution to have the backbone to stand up and say, 'we are going to make a difference,'" Tillman said.

"We can't do it alone, and it will never happen until an institution like yours comes forward and gives a helping hand," Tillman said. "Ride around in our neighborhood sometime; if you are afraid, give me a call."

"I don't want a financial institution to be afraid to invest in my community," Tillman said.