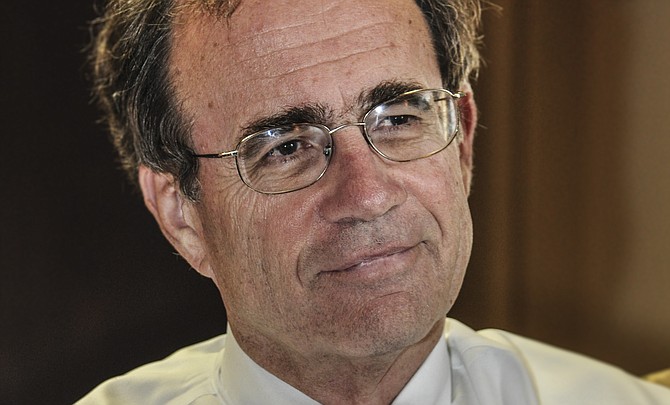 The state's election laws and rules are outdated, and if you don't believe us, just go back and read about the two contested election races that shadowed the beginning of the 2016 session.

Lawmakers appointed to special election committees were scrutinizing absentee ballots themselves to determine winners; to say the process needs streamlining is an understatement.

Secretary of State Delbert Hosemann recognized the need and took reform seriously. Last summer, a group of lawmakers, election commissioners and stakeholders worked through the state's election code to determine necessary changes. After intense study, the committee made recommendations on topics ranging from online voter registration to campaign-finance reform. Those recommendations became legislation that went through several iterations this session. Despite all the work, the House voted to send the bill back to conference a day before the Senate adjourned, halting any election reform from happening this session. Hosemann then said on Supertalk Radio on April 26 that he plans to go to the governor and ask for a special session to pass the election-reform package.

A crucial part of the package—one that helped bring its demise—is the campaign-finance reform language, which would prohibit lawmakers from using campaign funds on mortgages, vehicles or any other personal expenses. It is time for these changes, especially because lawmakers' greed opens the door for corruption. If they can keep the money, who knows what they'll do to get it?

What's especially disconcerting is that it has taken this long to even discuss campaign-finance reform even as our state's voter-ID law was the first priority in Hosemann's reform campaign that started back in 2011. Even though voter fraud is extremely rare—much more rare than campaign violations—the only successful regulation so far is of the voters, not the candidates.

A federal judge upheld North Carolina's voter-ID law this week, which actually makes Mississippi's law look nicer. While their law only accepts about five types of ID, Mississippi allows government and state workers and students to use their IDs to vote. Still, our law was an expensive solution looking for a problem—frivolous legislation likely designed to try to discourage some Democrats from voting.

Legislative priorities are reflected in bills that become law, and this session is a perfect example of prioritization. Tax cuts and "religious freedom" came before domestic abuse as a grounds for divorce, and election-code reform. Voter ID came before campaign-finance reform. Good intentions are good, but to move beyond intention and actually move forward in Mississippi, we need more. We need lawmakers to take seriously the call to reform a system that taxpayers and voters find archaic.

We applaud Hosemann for pushing for a special session to address the election reform so badly needed in this state. It doesn't make up for his ill-advised and clearly political voter-ID effort, but it would mean that state election law regulates more than just the voters. That's a start.