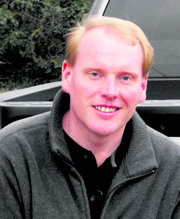 Secretary of State Delbert Hosemann recently began an advertising campaign to inform voters about the voter ID law that has now taken effect in Mississippi. Hosemann, whose office oversees elections in this state, is informing voters on what kind of identification can be used and how. If a voter needs the proper ID, starting next month you can obtain one free of charge at your local circuit clerk's office. Mississippi lawmakers budgeted $226,000 for the secretary of state's office to educate people about the ID law.

The June 3, 2014, primary election will be the first election when the new voter ID law will be used in this state. It will be known then how many issues will come up at the polls as a result of lack of proper identification. However, the June primary will not show a broad-base effect on how well Mississippians are prepared for voter ID as the General Election in November will when there will be a larger turnout. Also, there will be larger turnouts just around the corner; the 2015 county and state election and the 2016 presidential elections. In the last county and state election in 2011, more than 800,000 voters cast ballots statewide, and in the 2012 presidential election Mississippi saw more than 1.2 million ballots cast. Based on the history of primaries in Mississippi, the June primary will be nowhere in comparison to voter turnout as the upcoming general election, even with a contested U.S. Senate seat on the ballot.

It is widely known that voter ID is subject to cause more problems with elections than solve them, but one thing is for sure: If this state is dedicated to making voting more accessible, convenient and less subject to voter fraud, the time has come for this state to enact early voting, same-day registration  and absentee ballot reform.

Every election, be it primary, special or general, should be accessible, allowing every voter to exercise their right to vote freely. At the same time, every measure should be taken to eliminate fraud.

Ken Strachan is a former member of the State Democratic Executive Committee and a former mayor of North Carrollton and serves as Carroll County coroner.