Why Does the State Still Want to Kill Willie Jerome Manning? 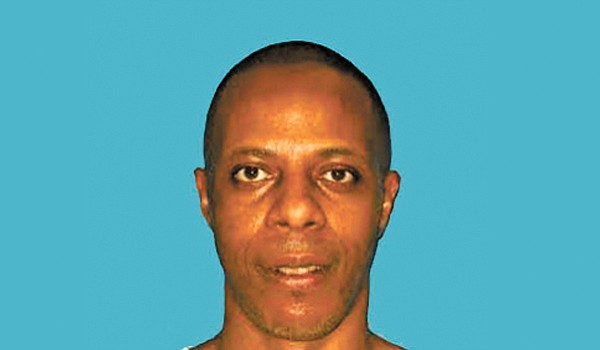 Willie Jerome Manning was recently exonerated in the murders of two Starkville women in 1992. Now, will the discredited science used to convict him in a separate case, in which he has always maintained his innocence, lead to his freedom? Courtesy photo Mississippi Department of Corrections

Willie Jerome Manning has been on death row for more than two decades, facing the possibility of execution for two sets of murders that occurred about one month apart. Law enforcement identified Manning as a suspect in the deaths of two young, white Mississippi State students in December 1992 as well as in the murders of two African American women in mid-January 1993. Police and prosecutors said in court and have maintained over the years that the evidence against Manning, who had a reputation as a local hustler and went by the nickname "Fly," was overwhelming in both cases.

Manning has consistently claimed his innocence in both sets of homicides even as appeal after appeal met with failure. In the summer of 2013, Manning seemed to have run out of options, and the Mississippi Supreme Court set his execution date in early May of that year for the Mississippi State murders.

But, then, the state's case started to unravel. The state supreme court halted Manning's execution after the Federal Bureau of Investigation admitted its forensic expert overstated evidence in Manning's trial. The agency offered to make amends and conduct DNA testing that could prove Manning's guilt or innocence. More recently, information came to light that cast doubt on Manning's guilt in the second case, of the elderly women. Last week, an Oktibbeha County judge tossed that conviction.

With the state's case against Manning growing weaker by the day, the question now becomes: Why does the state of Mississippi still want to kill him?

Earlier this year, when the Mississippi Supreme Court ordered a new trial for Willie Jerome Manning, the court's reasoning seemed to be based on a mere technicality.

An Oktibbeha County jury convicted Manning for killing nonagenarian Emmoline Jimmerson and her daughter, Alberta Jordan, in the winter of 1992. The women were beaten and their throats slashed during an apparent robbery attempt at their Brookville Gardens apartment in Starkville. Manning was convicted of the crime at age 26 and sentenced to death.

The state's star witness, a man named Kevin Lucious, told police and later testified in court, that he saw Manning enter the victims' apartment from his own apartment, but police found the apartment where Lucious claimed to live was vacant at the time of the crime. The apartment manager also had no record of Lucious being a tenant.

Presiding Justice Michael K. Randolph, on behalf of the supreme court's majority, ordered the case back to circuit court for a new trial, agreeing with Manning's attorneys that "there is no question that defense counsel would have had the opportunity to meaningfully impeach Lucious' testimony that he lived in the apartment at the time of the crime and saw Manning enter the victims' apartment."

As it turns out, the flaws in the state's case went much deeper. In his April 20 order dropping the charges against Manning, Oktibbeha Circuit Court Judge Lee Howard (who in May 2013 denied Manning's request for a rehearing) outlined a number of problems with the prosecution's case that add up to much more than the cops' failure to dot the Is and cross the Ts on Kevin Luscious' rental history.

After testifying against Manning, Luscious recanted most of his statements, saying he only testified because he feared being charged with the crime himself.

In fact, Luscious said District Attorney Forrest Allgood, who requested the charges be dropped against Manning, told Luscious that he would not charge him with capital murder if he cooperated. Howard's order also notes that Luscious claims he never gave the statement that became the basis for the indictment against Manning, but that Oktibbeha County Sheriff Dolph Bryan and Starkville Police Captain David Lindley already had a statement prepared for him when they arrived to conduct an interview, Luscious said.

Finally, Luscious claimed that he told Sheriff Bryan that another man, Tyrone Smith, had confessed to the murders. With the state's material witness now changing material parts of his story, the case had to be thrown out.

"He is very glad that this one case is finished," Manning's attorney, David Voisin, told the Jackson Free Press.

But Manning is not out of the woods just yet.

Manning's exoneration in the Brookville Gardens case came without the expected fanfare for death-sentence reversals. There was no weepy-eyed press conference with loved ones on the courthouse steps about a vindication that was more than two decades in the making and the start of a new life.

But Manning, now 46, is not a free man. In fact, corrections department inmate No. 71931 remains housed at Mississippi State Penitentiary in Parchman's infamous Unit 29, death row, awaiting possible execution for another set of murders that took place months before for the Jordan and Jimmerson slayings.

In the earlier case, the bodies of two Mississippi State students, Jon Steckler, a 19-year-old from Natchez, and Tiffany Miller, a Madison native, were found in rural Oktibbeha County after the couple had gone missing. Miller was shot twice in the face at close range, one leg was out of her pants and underwear, and her shirt was pulled up. Steckler's body had abrasions that occurred before he died, and he was shot once in the back of the head.

A set of car tracks had gone through the puddles of blood and over Steckler's body, court documents state. Police arrested Manning in part because he lived five miles from the crime scene and had tried to sell jewelry that officials said belonged to the victims. Manning was convicted and condemned to death for the murders in 1994.

Manning was given an execution date of May 7, 2013, and his would be the first Mississippi execution of the year, and the seventh in 15 months, which for a time earned Mississippi the distinction of the nation's No. 2 state for executions, behind Texas.

In requesting the date, Democratic Attorney General Jim Hood, a native of Houston, Miss., and a former prosecutor in north Mississippi, called the evidence of Manning guilt "overwhelming."

"Even if technologies were available to determine the source of the hair, to indicate someone other than Manning, it would not negate other evidence that shows his guilt. He is a violent person who committed these heinous murders," Hood said in a statement at the time. His office has not responded to a request for an interview.

Although the Miller-Steckler murder certainly matched the Jordan-Jimmerson slayings in heinousness, many believe the evidence against Manning's involvement is just as shaky if not more so.

The week of his scheduled execution, the Federal Bureau of Investigation admitted that its forensic expert erred in testimony during Manning's original trial. In a letter to Allgood, who prosecuted Manning, U.S. Justice Department officials stated "that testimony containing erroneous statements regarding microscopic hair comparison analysis was used" in Manning's case.

The Mississippi Supreme Court halted the execution over objections from Hood. Since then, the science of hair comparison and law enforcement's reliance on it to obtain convictions, including of Manning, has come under scrutiny.

A recent analysis by The Washington Post concluded that the FBI's hair analysis was used in thousands of cases. Last week, the Justice Department and FBI admitted that the practice went on for two decades despite the existence of data questioning the veracity of hair testing, which involves comparing hair samples under a microscope. Information from The Innocence Project shows that of the 329 wrongful convictions that DNA evidence has helped reverse, some 20 percent of them also involved hair analysis.

Tucker Carrington, founding director of the Mississippi Innocence Project and law professor at the University of Mississippi, told the Daily Beast last week that he believes the state wrote Manning off a long time ago and had no interest in seeing that he received justice.

"'Who gives a f*ck about this guy? He's already condemned. We know he's the type of person who's capable of doing this. It's him,'" Carrington said they thought.

The FBI has offered to conduct DNA testing in the Steckler-Miller case on Manning's behalf. Voisin, Manning's attorney in both cases, said several items have been sent to a lab in Houston, Texas, for analysis. (Hood has said that no serological evidence from the victims' fingernail scrapings or semen on the vaginal swabs from the rape test kit exists for a DNA test to identify).

Voisin said the timing of the testing and issuing of results is up to the lab and the FBI. In the meantime, an effective moratorium on the death penalty has been in place for two years in Mississippi due to problems with prosecutions and execution procedures. Some other states also have suspended carrying out capital punishment due to the scarcity of the drugs commonly used to carry out executions and legal battles over the constitutionality of lethal injection.

On April 20, two men, who could be the next in line for an attempted execution filed a lawsuit challenging Mississippi's death procedures, arguing that the risks of excruciating pain and torture during an execution that violates the U.S. Constitution's prohibition against cruel and unusual punishment.

Voisin believes continuing to have the death penalty puts states at risk for such potentially costly legal fights.