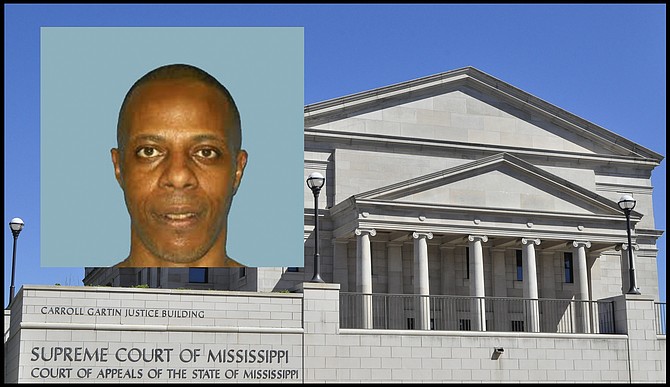 Willie Jerome Manning, one of the last people the state of Mississippi attempted to execute, will get a new trial, the Mississippi Supreme Court ordered on Feb. 12.

An Oktibbeha County jury convicted Manning in 1996 for the murders of Emmoline Jimmerson and her daughter, Alberta Jordan. They were beaten and their throats slashed during a robbery attempt at their Starkville apartment. Their bodies were found Jan. 18, 1993.

Manning is also accused in the December 1992 slayings of Mississippi State University students Jon Steckler and Tiffany Miller. The state wanted a May 7, 2013, execution date for Manning in that case, but the state Supreme Court blocked the execution hours before it was scheduled. Justices didn't explain the action, but Manning had argued that DNA tests would prove him innocent.

Circuit Judge Lee Howard ruled against Manning on all three issues in 2013. Manning's attorneys appealed, claiming Howard's ruling denied Manning "an opportunity to develop a number of claims challenging the reliability of his conviction."

Manning raised several issues in appealing in the Jimmerson and Jordan case, including that he was denied effective assistance of counsel and that the state had withheld material evidence. A key witness named Kevin Lucious had told police that he saw Manning enter the victims' apartment from his own apartment, but police found the apartment where Lucious claimed to live was vacant at the time of the crime, and the apartment manager did not have Lucious listed as a resident.

In its ruling, the Supreme Court agreed with Manning's lawyers that "there is no question that defense counsel would have had the opportunity to meaningfully impeach Lucious' testimony that he lived in the apartment at the time of the crime and saw Manning enter the victims' apartment."

Justices David Chandler and Randy "Bubba" Pierce dissented. Forrest Allgood, the Oktibbeha County district attorney that prosecuted Manning in both cases, did not immediately return a message left with his office this morning.