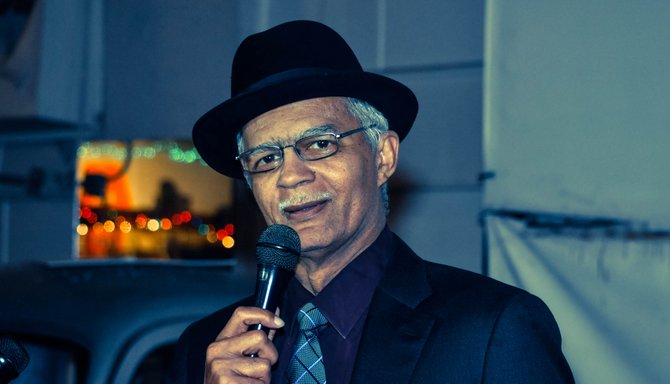 JACKSON — For nearly his first year as mayor of Jackson, Chokwe Lumumba devoted a lot of his time to doing what needed to be done. The first order of business was to raise people's taxes—through a water and sewer rate hike and, later, a city-wide referendum that increases sales taxes on certain items.

Neither was popular, but both were approved.

After that, Lumumba's plate was clear to concentrate on some of the things he's always wanted to do in his years as a human-rights activist and politician.

The Jackson Rising: New Economies Conference, scheduled for May, would be the centerpiece of his vision for the city's future. In the spirit of the grassroots organizing tradition in which Lumumba made his bones, smaller, community meetings would be held periodically leading to the main event in May. And although it had Lumumba's imprimatur, it wasn't entirely a city-sponsored event. Organizers even launched a campaign on a crowd-funding website to raise money so that city taxpayers wouldn't be stuck with the bill for the gathering.

The mayor's legacy is probably cemented; the vision he laid out for Jackson is in doubt.

Lumumba died Feb. 25 at St. Dominic's Hospital at the age of 66 with his longtime partner, Gloria Elmore, at his side.

So far, no official cause of death is known. Throughout last year's bitter mayoral election, whispers abound that Lumumba had been in failing health. Lumumba admitted to the Jackson Free Press that he was hospitalized for a week or two in 2012, but said that voters had nothing to worry about as far as his health was concerned and that he was "going to be around a long time."

Lumumba had already outlived many of his comrades in the black-liberation movement. He traced the roots of his activist consciousness back to the 1955 photograph, published in Jet Magazine, of Emmett Till's mangled 14-year-old face in an open coffin. Lumumba describes Mamie Till's decision to allow her son's visage, ruined by vindictive racists in Mississippi, to be splashed in the national magazine an act of bravery, the event that first pricked his political consciousness. But it was the assassination of Dr. Martin Luther King Jr. 13 years later in Memphis that became Lumumba's entree to human-rights activism.

Lumumba believed King's philosophy of eradicating "infectious discrimination, racism and apartheid" is perfectly in sync with his own way of thinking, which the first-term councilman would bring to the mayor's office.

"My development was always making the world better. I was always sensitive to any kind of repression. My thing was fairness, and I was offended by unfairness," Lumumba told the JFP last year.

Even though King was considered a radical in his day, Lumumba was even more so. Lumumba cofounded the New Afrikan People's Organization. Lumumba was also a supporter of the Republic of New Afrika, a plan to give black people their own nation in the southeastern United States. His opponents often seized on his involvement with the RNA, characterizing it as a black separatist organization no different from white supremacists who espoused racial purity.

"The Republic of New Afrika has been miscast as the black flip side to the Ku Klux Klan when, in reality, the Declaration of Independence prohibited color, class and gender discrimination," Lumumba said last year.

"They were was ahead of their times, especially in terms of no gender discrimination because a lot of people in the movement at the time were still practicing gender discrimination. So what the RNA was saying was that in states like Mississippi (that) had dead-cold frozen blacks out of the system, then blacks have a right under international law to ask for a plebiscite, a freedom vote, on what they want their destiny to be."

For Jackson, which has the second highest concentration of African Americans of any city larger than 150,000 residents in the U.S., Lumumba wants that destiny to ensure that businesses operating in the city hire residents, 80 percent of whom are black.

Lumumba's reputation as an activist earned him a laundry list of high-profile and sometimes controversial clients including Fulani Sunni Ali, indicted in the 1980 Brinks armored-car robbery for whom Lumumba secured an acquittal; the irascible Tupac Shakur; Lance Parker, who was accused of trying to shoot the fuel tank on Reginald Denny's 18-wheeler during the Los Angeles riots; and Mississippi's Scott Sisters.

In 2005, the Mississippi Bar Association suspended Lumumba's law license for six months for saying in court that a Leake County circuit judge possessed "the judicial demeanor of a barbarian." Lumumba cites the anti-racial-profiling ordinance he championed on the city council in 2010 as evidence that he wants all Jackson residents to create a new blend of people.

"It's a new idea, a new way, a new justice frontier. We have not only a black culture, we have white people who have their culture; we have Hispanics, we have Asians," he said.

"And something's going to happen as a result of that. The question is: Is it going to be something good or something bad? What we need is a new culture with new ideas that leads up to becoming a model city in the world."

After serving one term on the Jackson City Council, Lumumba won a contentious race-tinged mayor's race in the summer of 2013 against businessman Jonathan Lee and incumbent Mayor Harvey Johnson Jr. One of the biggest questions hanging over Lumumba's new administration was what kind of relationship he would have with the Republican-led state Legislature.

Lumumba's predecessor, Johnson, wasn't known as someone who liked to hobnob and press the flesh. but at the start of the 2014 session Lumumba opened what he called a new "era of cooperation" as he gave the Legislature a warm welcome.

The city laid a broad legislative agenda that included opening up cooperatives up beyond agriculture. It was an olive branch more than anything as other organizations have set up cooperatives outside the state.

Lumumba wanted to at least look like he was reaching across the partisan and racial divide, which earned him high praise from many people who had been his fiercest critics during the election.

In the meantime, the council selected Charles Tillman as acting mayor. Bishop Ronnie Crudup led a prayer at City Hall, as emergency vehicles gathered with lights flashing outside. "We're shocked at the death of our mayor," he said. He told us to pray for Lumumba's family and our city.

Lumumba was married to Nubia, whom he met in the late 1970s, until her sudden death in 2003. Rukia Lumumba described Nubia as the family's backbone, scheduler and holiday planner as well as the social butterfly in the couple.

"My father is more of a quiet guy who likes basketball and really doesn't have to be around a lot of people. She was the ultimate networker and taught us how to be more like that and taught my father how to come out of his social shell," Rukia told the JFP last year.

Tillman said that, under the Lumumba administration, city residents were excited about what he was doing.

"He was a good man, a man of wisdom," Tillman said.