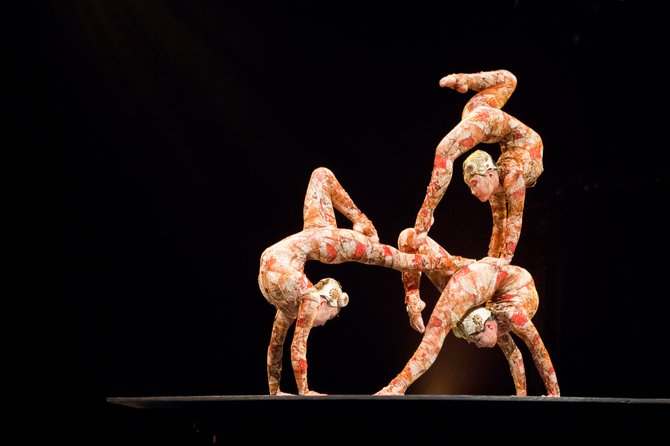 Hattiesburg's FestivalSouth lineup offers a little something for everyone among its 56 events for all ages, from art exhibits to live musical performances, including a Cirque du Soleil-inspired extravaganza created just for FestivalSouth.

The two-week, multi-genre event begins at 10 a.m., June 8, with the FestivalSouth Arts Market, which includes tastings for those over 21 during Hattiesburg's first Craft Beer Fest from 1 p.m. to 4 p.m. Southern Prohibition Brewing Company, one of the Hub City's two new microbreweries, will offer samples of their own brews and those from fellow Mississippi breweries, including Crooked Letter and Tin Roof, as well as breweries from across the U.S.

Tom "Bones" Malone and the Blues Brotherhood Band kick off the concerts on June 8 in the Saenger Theater. Malone, a Sumrall native, plays trombone in David Letterman's TV show band and writes all the band's arrangements.

Grammy-winning country-music songwriter Craig Wiseman, a Hattiesburg native, will perform his hits with Southbound Crescent at the Saenger June 14.

The grand finale will be "Aria-Cirque de la Symphonie Spectacular," created just for FestivalSouth. The acrobats in "Aria" are all veterans of Cirque shows. The show will at the Saenger June 22.

This is the fourth year for FestivalSouth, which is sponsored by the Hattiesburg Concert Association, with Jay Dean as artistic director. For details, a complete list of events and ticket information, go to festivalsouth.org.