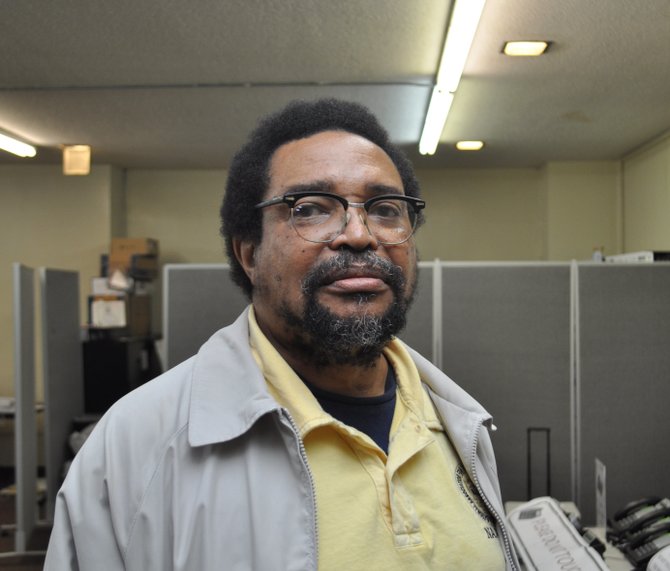 In the NAACP office on Lynch Street, Frank Figgers sits in the lobby, wearing Clubmaster Readers glasses. He is a third-generation Jacksonian, and the third generation of his family to live in the same neighborhood, near the intersection of Pocahontas Avenue and Martin Luther King Jr. Drive.

"My grandmother and grandfather, on my father's side, and my wife's grandmother and grandfather, on her father's side, resided in the same neighborhood," he says. "My grandfather had a good year sharecropping, and he invested his good year in land and settled there. In turn, he divided his land among his children. My father didn't use his portion, so when my wife and I married, he gave it to us."

Figgers and his wife, Laura, met when they were 9 years old, and were "on and off with each other" until they married in August 1975. Growing up, Figgers went to Holy Ghost Catholic School, and his wife attended local public schools, graduating from Lanier High School.

"We were always comparing notes and lessons, between public and private school," Figgers, 62, says. "When we went to college, she went to Jackson State and I, Tougaloo. We both majored in sociology. So we were again comparing notes." They graduated from their respective colleges in 1972.

At Tougaloo, Figgers worked part-time for the Jackson Human Rights Project. One of the projects "arms," as Figgers calls it, was the Georgetown Liberation School, which later changed its name to the Georgetown Black and Proud School and, ultimately, the Black and Proud Elementary School. The school originated as an after-school program and, over the course of several years, developed into a state-accredited elementary school.

"[It] was started by a group of parents that was concerned about the education of their children when everybody knew that the schools were going to be integrated. So one year, they (the opponents of integration) were fighting for the schools not to be integrated, not to allow black children to attend white schools. ... The parents were concerned, you know, if you're fighting against me this year, when my child comes there, what kind of education are they going to receive?"

Former civil-rights workers and teachers staffed the school, which had a standard elementary school curriculum, with the addition of a black studies program. "There wasn't a lot of money in that kind of work," Figgers says. "So I also worked at an office and school supply company called Southern Supply and Sales, and I worked there until 1980."

Figgers worked several other positions throughout the years, before retiring as an architectural product specialist. He also served as election commissioner of District 3 from 1996 to 2004, responsible for hiring, selecting and training poll workers.