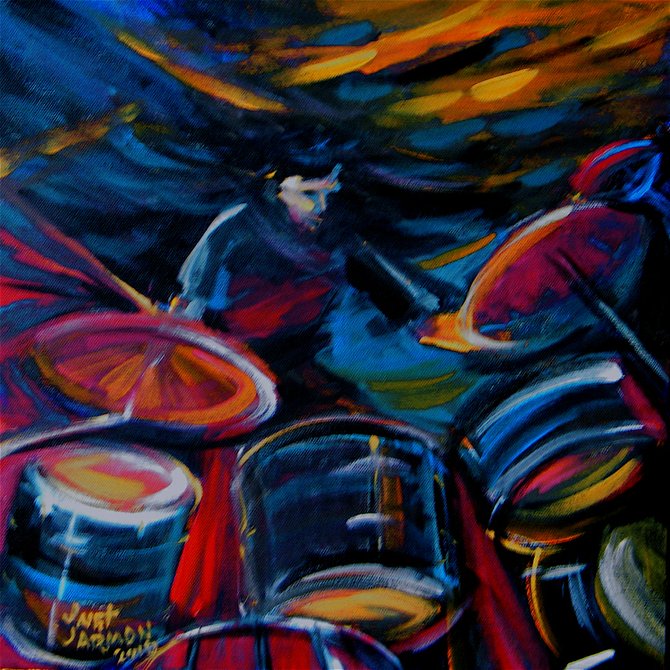 As 1944 dawned, the course of World War II was turning in the Allies' favor. On the home front, Jackson's population of 70,000 coped with sugar, shoe, gasoline and tire rationing. But wartime restrictions couldn't dampen the city's enthusiasm for art, theater, dance and music.

Among Jackson's favorite music makers was Maurice Thompson, choir director at First Christian Church. In February 1944, Thompson's chorus sang at Belhaven College accompanied by a small volunteer orchestra. In the audience was Gordon Marks, an advertising agency executive who assisted Thompson by securing rehearsal space and raising $100 for music. The ovation for the orchestra "just about shook Belhaven apart," Marks said later. He went on stage at the end of the evening and said, "You have just heard what could become the Jackson Symphony Orchestra."

Marks and Thompson asked Guy T. Gillespie and Marion Smith, then-presidents of Belhaven and Millsaps colleges, respectively, for their support. Both pledged the assistance of the schools and their music faculties.

Smith appointed A. Boyd Campbell, president of Mississippi School Supply Company, to represent Millsaps at a business leaders' meeting. Under his direction, the Chamber of Commerce formed a committee. The group included J. Army Brown, described as "an up-and-coming young man with a music store on Capitol Street." Brown became a member of the orchestra during its second season, provided office space for the conductor and, in time, served three terms as president of the governing board.

The fledgling orchestra selected Theodore Caskey Russell, chairman of the music department at Mississippi State College for Women, as its conductor and manager. Russell also taught music at Belhaven and Millsaps. Together, the colleges and the symphony paid his modest salary. Musicians came from school faculties, military bases, women's clubs and businesses. The Jackson Symphony Orchestra inaugural concert was Oct. 19, 1944, in the Victory Room of the former Hotel Heidelberg on Capitol Street (demolished in 1977) with 500 attending.

Russell inaugurated programs that are still in existence: strings instruction in schools, outdoor pops concerts, formal concerts and children's concerts. He founded the Junior Symphony, now the Youth Orchestra, and the volunteer Symphony League in 1955.

When Lewis Dalvit of Beloit, Wis., succeeded Russell in 1965, the season's budget was $28,000. Symphony offices were rent-free at Belhaven, which still provided a teaching contract for the conductor, a practice that continued throughout Dalvit's tenure.

Dalvit's immediate goal was to increase the budget to at least $100,000, which he achieved in 1968, a singular accomplishment for a city with a population of 150,000. That same year, the city completed the Jackson Municipal Auditorium (now Thalia Mara Hall), giving the symphony a home.

Expanding on Russell's programs, Dalvit conceived of Pops at the Reservoir, put the orchestra front-and-center in the Mississippi Arts Festival, worked with the new Educational Television Network and brought in a glittering parade of guest artists. He and his wife, Pat, also a musician, introduced innovative children's events, and the Dalvits joined forces with cultural groups across the state to involve the orchestra in opera, dance and the visual arts. Musicians' salaries increased, league projects expanded, and the National Endowment for the Arts commended the orchestra's public-school string instruction program before Congress.

Irish-born Colman Pearce succeeded Dalvit in 1987. He had thrilled audiences across the globe and did the same for Mississippians. However, Pearce walked into a financial crisis. The symphony adopted austerity measures with the unselfish cooperation of musicians, while the community responded to a fundraising appeal to avert a crisis. In 1989, the Jackson Symphony Orchestra became the Mississippi Symphony Orchestra.

Each season the full orchestra presents Bravo and Pops series, featuring an array of classical and pops selections, and a number of special concerts. The Mississippi Symphony Chamber Orchestra presents four concerts in more intimate church settings. The MSO also plays concerts across the state. Orchestra members teach, play in churches and perform for cultural and entertainment events.

More than 17,000 public school children in grades four, five and six attend the MSO Children's Concerts each year; 3,000 kindergarten students attend KinderConcerts. The string quartet and the brass and woodwind quintets conduct "Informances" to acquaint fifth graders with instruments and compositions. The symphony's string-instruction program teaches more than 550 students, and the MSO has three thriving youth orchestras with members chosen by audition from around the state.

The symphony's partnership with private and public schools in Jackson and surrounding communities is partially funded through a Mississippi Arts Commission grant. The orchestra's summer music camp, the Premier Orchestral Institute at St. Joseph Catholic School, has an international draw.

With Maestro Pearce's departure in 1999, the symphony selected Crafton Beck as its conductor. Previously he was the music director of the Boca Pops Orchestra in Boca Raton, Fla., and the Lima Symphony Orchestra of Ohio. The 2004-2005 season introduced Michael Beattie as president and executive director.

Today, the Mississippi Symphony Orchestra is the predominant performing arts ensemble in the state with a $1.5-million operating budget. Through a sponsorship from the Selby and Richard McRae Foundation, the orchestra's flagship Bravo Series will be renamed the McRae Foundation Bravo Series.

Recent concerts reached a wide variety of Mississippians through events such as a Medgar Evers Tribute with the Mississippi Mass Choir, a concert of Mahler's Resurrection Symphony, concerts of Beatles and Elton John music, a concert with Cirque de la Symphonie (full orchestra with aerial circus acts), and Beethoven's Fifth and Ninth Symphonies. MSO is in demand in the community as well, performing at the opening of the Jackson Convention Complex and the new Art Garden at the Mississippi Museum of Art.