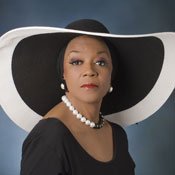 Ora Reed is a 2012 Mississippi Trailblazer due to her role as a cultural ambassador.

Ora Reed never thought she'd land in Asia when she struck out from Mississippi as a young adult, but she now calls both Jackson and Japan home. Born and raised in the Delta, jazz singer and musician Reed travels the world, spreading her Mississippi love across the globe.

For her work as a "cultural ambassador," Reed will receive an honor at the Mississippi Trailblazers Awards and Black Tie Gala, May 19 at the BancorpSouth Conference Center, as she is inducted into the Trailblazers class of 2012.

Reed was born in Greenville and was raised in Lexington, Miss., which was once home to other musicians such as B.B. King, Lonnie Pitchford and Malachi Favors.

Music has remained a constant in Reed's life. At age 3, Reed began taking piano lessons and by the time she turned 5, her musical repertoire included violin and clarinet. After graduating from Jackson State University, she moved to Baltimore, Md., to become a junior high-school music teacher.

After that she embarked on several other career paths, from entertainment reporter to concert-promotion manager­––always with music on the periphery. However, it wasn't until the 1970s that she discovered her love for singing. "I didn't sing until my first job at Caesar's Palace in Las Vegas," Reed, now 63, said.

Since her debut in Sin City, Reed has traveled all over the country and world. "I have never been very far away from that next reservation," she wrote in an email. Today, Reed lives in various countries for months at a time working as a resort entertainer, most often in Japan. She currently performs at the Grand Prince Hotel New Takawana.

"I check into a hotel, and I'm there for three months," Reed said. "I have such a wonderful support system. What I really enjoy about Japan is that they enjoy the best of everything. I love that."

Growing up, Reed never planned on staying in Mississippi. But surprisingly, the farther away Reed traveled, the greater her connection to her home state grew. "My love for Mississippi is stronger than I could have ever imagined," she told the JFP in a follow-up email from Tokyo.

"As cultural ambassador, when I travel, I have an obligation to showcase the outstanding virtues of our state," she wrote. "My worldwide family of friends was never more evident than when celebrating my 60th birthday, a call went out to 'Meet Me In Mississippi'! The response: friends representing four continents. They enjoyed my Mississippi."

While performing in Japan, Reed released two studio albums, neither of which have been released in the United States. However, Reed's first album released abroad, "This One's For You," is currently in the works to be released here.

Reed's newest album is a handpicked collection of gospel hymns.

"It's hymns that are family favorites, and I have one original tune called 'Moment to Moment.' You always talk about living one day at a time, but so many things can change in the twinkle of an eye," she said.

"I'm not a contemporary person. I love old jazz standards, and I love old hymns," Reed said. "That's who I am. I love a good, simple melody. You take a song, and you make it yours, Music should be simple, but from the heart.