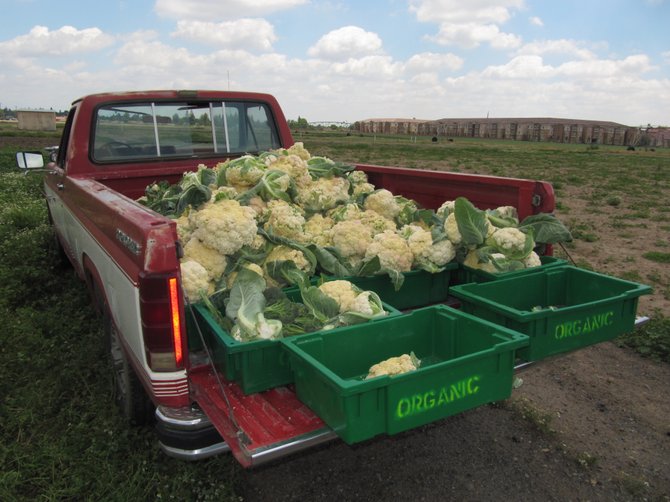 If you care about food safety, human health and the environment, and if you haven't heard of California's Proposition 37, yet, please read on.

Prop. 37 seems innocuous enough. It simply requires that all food containing genetically modified organisms (GMO) or genetically engineered ingredients should say so on the label.

Why do the giant food and agriculture companies fear this so?

They allege it would be too costly to label products differently for only one state. Some companies would simply not sell in California—and limit those citizen's consumer choices, they protest—and "it will cost jobs!"

That's a straw-man argument. California is home to 37 million Americans—the largest state in the country by population (and the second largest "state" in the western hemisphere). If big companies don't sell in California, they won't stay big for long. As California goes, so goes the country.

If Prop. 37 passes, it's more likely that companies will simply label foods containing GMOs instead of increasing costs and creating non-GMO product lines in an attempt to capture both markets. This is already happening with soy milk and cereal products in groceries that stock organic foods.

The real reason ag and food giants don't want labeling is because they don't want to give up market share, spend money to develop new products or spend more for non-GMO ingredients. In other words: It's all about short-term profits.

Labeling GMO foods will likely accelerate the already phenomenal growth of organic food purchases away from "conventional" foods, brought to you by pesticide-laden, synthetic chemical farming, which makes food far cheaper to produce.

Polls repeatedly show that 90 percent or more of Americans want labeling of GMO foods. Why? No one has shown that GMOs are safe. Under a quirk of U.S. food-safety laws, the U.S. considers GMO seeds, crops and foods safe without any independent testing. No one knows what the long-term effects will be on human health or the environment.

Because of this, European countries, Japan and other countries require labeling on food products containing GMOs—which come mostly from the United States—and have outright bans on GMO seeds and crops.

Why does Prop. 37 matter to the rest of the United States? If the proposition passes:

• Big companies will change their crop purchasing to non-GMO. This, in turn, also could boost organic farming, which bans GMOs.

• More "conventional" farmers will turn to organic farming where prices are higher, especially if big companies are willing to sign contracts for organic products.

• Seed companies, which are being bought up by giant GMO producers to limit competition, will promote more heritage, heirloom and non-GMO seeds for farmers due to increased demand and loss of GMO market share.

• Because there will be fewer GMOs—which producers genetically engineer to withstand spraying with chemical pesticides and fertilizers—less chemical spraying is likely, which is good for the environment.

• It may be possible to halt or reduce honeybee colony collapse disorder. Experts suspect the causes of bee population decline to be certain GMO corn varieties and some pesticides used with GMO crops.

• Fewer potential human-health and environmental risks could arise from the unknowns of growing GMO crops, as the market for GMO dries up.

Overall, labeling GMO is an attempt to wrest control of food choices from the big ag, seed and Food conglomerates and put it back into the hands of consumers—where it belongs.

Read about GMO myths and truths at http://www.earthopensource.org/index.php/reports/58 Find out more about California's Proposition 37: California Right to Know Campaign (http://www.carighttoknow.org).

Public referendums are not a good way to govern, but our elected officials have abdicated their responsibilities. Whether by corruption or graft, or political expedience, our government supports, through the grant of patents, monopolies on new life forms. With no independent long-term safety testing, these new life forms are being released daily into our environment with the obvious effect that novel patented genetic material is spreading and in many cases supplanting the more traditional life forms. Unchecked, the biotechnologists will own all the means of food production. If we later decide to try to undo this (e.g., because we discover undesirable effects) it may be very difficult or impossible. Hence, this referendum. Biotechnology's power grab should not be a covert takeover operation, but a public debate. Putting information on the food that is the product of this horrendous public policy will start the ball rolling. This is much bigger than how safe is your bag of chips.

Re the Assertion: "The real reason (sic) ag and food giants don't want labeling is because they don't want to give up market share, spend money to develop new products or spend more for non-GMO ingredients. In other words: It's all about short-term profits." Give Up Market Share: I suspect the big companies will retain their market share with GMO labeling or even a ban. They have the resources to adapt. The smaller organic farmers you wish to encourage don’t. I suspect that if organic farming achieves a large market share, it is as likely to be dominated by the ag giants, just as conventional farming is. Spend Money to Develop New Products: Odd argument. They did that when they developed GMO. Spend More for non-GMO ingredients: That could well be true. Higher cost ingredients translate into higher cost for end products and higher costs reduce sales. Higher food costs will likely reduce food consumption, but not necessarily market share. Do you care if food costs more to consumers? It may be higher qualify food, but some low income individuals might spend the cost difference elsewhere to better effect. Short Term Profits: Both the large scale corporate organic farmers and individual farmers care about annual profits much as large corporations do. You might argue that individual farmers care also about long term issues, but I would not find it very convincing absent documented research.
I don’t understand why labeling GMO foods will accelerate the adoption of the vastly more expensive organic foods. It seems more likely to cause continued sale of cheaper conventional foods. Could you explain why an identical genome created by selective breeding should not be subject to labeling while the same genome created by GMO should be labeled? Would it not be more logical to focus on (i) crop diversity, (ii) labeling ingredients with specific adverse characteristics, or (iii) GMO crops that do not require the pesticides and nitrogen doping than many of us would agree are undesirable? How do you feel about a GMO crop that makes organic farming cheaper and more productive (ignoring for the sake of the question the technical failure to meet the USDA definition of organic)? What if that same genome were created by selective breeding? In the US, the only food that can be sold as “organic” meets a specific set of conditions set by the US Department of Agriculture. Many organic advocates feel the definition is too loose. While it is probably better than non-organic food, the definition is not necessarily the ideal one.
You seem to be very comfortable with more expensive food? That is fine for higher income individuals. If food become more expensive (albeit higher quality) as a result of GMO labeling, how will you help the lower income consumer afford the same amount of food? Richard A. Sun, CFA