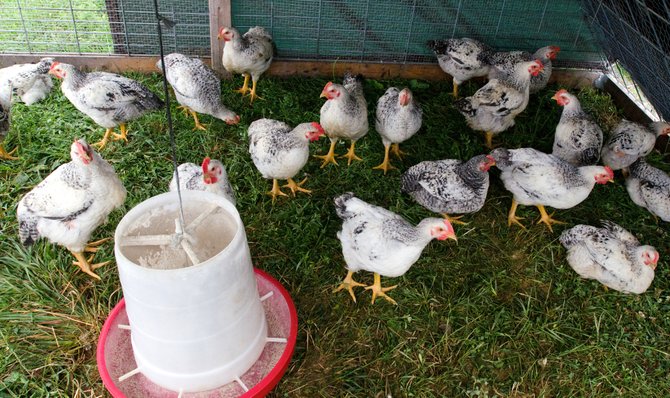 As many who follow food and farming news may have heard, the U.S. Food and Drug Administration is formulating rules under the Food Safety Modernization Act that could adversely affect small farmers. "Adversely affect" may be an understatement. Read: Destroy small farmers and stop the food movement in its tracks, as far as local, organic and sustainable is concerned.

We all know our food system needs help and more oversight. The FSMA is the right step in that direction, but the act has some serious flaws to fix in order for it to protect public health.

Foremost, FSMA requires regulations that giant agribusinesses must conform to. That's a plus. Unfortunately, the protections for small farmers that Congress intended have been stripped away by the language of the regulations.

To be blunt, it appears that the FDA decided to re-invent the wheel in agricultural matters by creating a square one to fit its own purposes and ideas of what agriculture should do. But as anyone who knows how agriculture works—it depends on seasons, erratic markets, odd federal policies, and a plethora of existing agencies, rules and regulations—a new square wheel won't help it keep rolling along.

First are the safety rules that FSMA would impose. They make sense when you have a giant industrial farm but none if it's a small farm where everything is done by hand, customers know the supplier, and all facets of the farm are inspected daily by a sole proprietor or his family (who also eat the food they grow, drink the water that irrigates it and tend to the poultry and livestock on their farm).

The rules, such as extensive and expensive groundwater testing from ponds and wells, may be necessary when you're a giant conglomerate who doesn't know where the water is coming from and are trying to locate a disease event affecting 2 million people in a handful of states. But if you're growing for 200 families in your local area, you know what the water is doing, where it came from, and the consumers know it, too. It's the local water that local people share.

Yet, the FDA estimates the typical cost for one water test to be $87.30. Depending on the type of crop, the water may have to be tested daily. What small farmer can afford $87 a day for water testing? The administration estimates that complying with basic rules for small farmers would cost $12,972 per year. Now, if you're only making $40,000 or $50,000 a year, that's a huge impact.

Moreover, it only exempts farmers from its regulations who make less than $25,000 per year over three years. That has its own problems. For example, where's the incentive for new or beginning farmers to take out loans and invest in land and equipment to be repaid over time if they know that in a couple of years, they'll hit a $25,000 income ceiling , beyond which they'll be effectively penalized in profits, if not run out of business by regulatory costs? That rule in itself dooms local and organic growers to not grow beyond a set point, effectively putting the brakes on organic and small eco-farm operations.

That $25,000 exemption should be raised to at least $100,000 so young families can see local food production as a career.

The act does offer some concessions for farms under $500,000 but above the $25,000 exemption, under the congressional Tester-Hagan Amendment. That includes farms that have "more than half of their sales going directly to consumers, or to a restaurant or retail food establishment in the same state or within 275 miles of the operation."

But, even there, it has a huge loophole that allows the FDA to yank away that exemption with no reason and no way for the farm to defend itself or get reinstated.

Furthermore, under FSMA, CSAs, farmers markets and roadside stands are lumped together to fend for themselves. That, as well, makes little sense.

Here, state agricultural agencies are promoting small farmers having direct sales, and providing them with limited legal liability to do it. Community-supported agriculture is starting to include not only young farmers but churches, schools, civic clubs and the like, and the FDA wants to treat them like industrial agriculture.

That's too broad a brush, one that doesn't target the actual causes of food borne illnesses. Such stands, farmers markets and CSAs are held accountable by being local and direct-to-consumer without middlemen. They are transparent and have immediate accountability, and should be protected as retail establishments.

In addition, a lot of the FDA-required regulations under FSMA are already in place under the USDA certified organic program.

If farms are already training and complying with state regulations and existing USDA programs, why add more and different requirements? Why not accept USDA rules, adopt them and ensure they are enforced, rather than creating new square wheels?

As stated, for a more complete appraisal, see the NSAC website.

FMSA is a good start; and it's important that the giant conglomerates responsible for the lion's share of the nation's food safety issues are held accountable for safe practices. The regulations just need tinkering.

Without the modification of FMSA, the food movement could be stopped in its tracks by essentially outlawing—or effectively running out of business—small local farmers selling locally.

The Mississippi Food Policy Council offers good recommendations: (1) Create stronger procedural elements of proof before taking away an exemption, warning letters and a reinstatement process, (2) raise the exemption for producers and processors from $25,000 to $100,000 and (3) define, as the act requires, CSAs, farmers markets and roadside stands as retail food establishments to allow for exemption, and expand these to include local, direct-sale buying clubs.

For a complete analysis, read the articles on the website of the National Sustainable Agriculture Coalition and then click on the buttons it gives to make a public comment to the food and drug administration. The FDA is accepting public comment until Nov. 15. See:  http://sustainableagriculture.net/fsma/

Go to jfp.ms/fsmacomments to learn how to comment to the FDA on the regulation's rules.