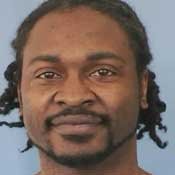 Inmates Benny Joe Stevens, Rodney Gray (pictured) and Robert Simon sued the state over a change to its lethal-injection drugs. Stevens was executed May 10, Gray was executed May 17, and Simon, too, will likely die before seeing the outcome of his case.

Once the drugs started to flow, it took only a minute for Benny Joe Stevens' lips to stop moving. He slipped out of consciousness, and soon his heart stopped.

At 6:22 p.m. on May 10, the 52-year-old man from Marion County—who had finally admitted to killing four people in 1998—became the first person the state of Mississippi executed this year.

Stevens' death was a procedure much like the nine other executions by lethal injection that the state has conducted since 2002, with one exception. The first drug to flow through Stevens' veins, pentobarbital—the one that rendered him unconscious—was a replacement in the three-drug cocktail used to execute inmates.

Pentobarbital, a barbiturate anesthetic, replaced another drug, sodium thiopental, which had been the standard anesthetic used in lethal injections across the country. In January, however, Hospira, the only American supplier of sodium thiopental, announced that it would stop manufacturing the drug.

Left in the lurch, corrections departments across the country scrambled to find a new anesthetic to use in executions.

Like many states, Mississippi settled on pentobarbital. A pair of advocacy organizations is challenging that decision, though.

Mississippians Educating for Smart Justice, an anti-death-penalty group, and Mississippi Cure, a criminal-justice reform organization, filed a lawsuit against MDOC on April 14 arguing that the state failed to follow its own legal requirements for providing public notice when changing the combination of lethal-injection drugs. Along with the two organizations, three death-row inmates with impending execution dates also signed onto the lawsuit: Stevens, Rodney Gray—whose execution was Tuesday, May 17—and Robert Simon, scheduled for a May 21 execution.

The state's Administrative Procedures Law requires state agencies to publish any proposed changes to their procedures in a bulletin from the Secretary of State's office for 25 days before adopting the rule change. If they are successful, MESJ and Mississippi Cure would only be able to delay the change for those 25 days.

The groups suffered an early defeat last month when Hinds County Circuit Judge Bill Gowan ruled against their suit. They then filed the suit in the Mississippi Supreme Court, asking for a temporary stay of any impending executions. The Supreme Court denied the temporary stay, denying the possibility of a temporary reprieve for Stevens, Gray or Simon.

Jackson attorney David McCarty, who filed the lawsuit, said one of the reasons MESJ and Mississippi Cure listed themselves as parties to the suit was to ensure that there would be surviving plaintiffs when the Supreme Court finally hears the case.

"We can win the civil suit, and it will not have helped Mr. Simon or Mr. Gray or certainly not Mr. Stevens," McCarty said.

"It's one of the reasons why we included other citizen groups. We were worried that, to be perfectly grisly, we might run out of plaintiffs. Now, there are other people we think will have standing to request to intervene in our lawsuit, and there are other public interest groups that have expressed interest in joining the lawsuit."

In circuit court, attorneys for the state argued that MDOC's death-penalty procedures qualified for an exception in the state law, which excludes rules "directly related only to inmates of a correctional or detention facility" from the public-notice requirement.

McCarty rejected that contention, however, saying that executions affect prison staff, families of the victim and the condemned, as well as the taxpayers whose money funds the execution.

"At the very least the death penalty impacts every person in the state of Mississippi," McCarty said.

"It's the highest exercise of the state's power to execute a citizen. ... It goes further: The taxpayers pay for this procedure, and it costs thousands and thousands of dollars. So to say that this somehow only affects the people being executed and doesn't affect anyone else in the state, I think is beyond ludicrous."