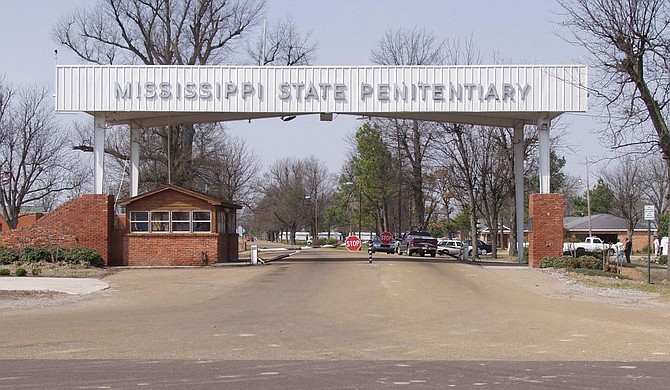 Mississippi's executions are done in the State Penitentiary at Parchman. The inmates' lawsuit said the Department of Corrections in May 2012 first ordered compounded drugs for possible use in executions, but it also said Parchman lacks a pharmacy suitable for compounding sterile drugs. Photo courtesy MDOC

JACKSON, Miss. (AP) — Mississippi has not executed a death row inmate since June 2012, and no executions are currently scheduled. But a new court filing shows that the state Department of Corrections in recent months has acquired drugs to carry out lethal injections.

The lawsuit is still going on, and it specifically tries to block Mississippi from using compounded pentobarbital as the first of three drugs in executions. A compounded drug is one made in a pharmacy.

Mississippi and several other states have had trouble finding drugs for lethal injections in recent years since pharmaceutical companies in the United States and Europe began blocking the use of their drugs for executions.

The Mississippi inmates' lawsuit describes pentobarbital as “a short-acting or intermediate-acting barbiturate ... intended to sufficiently anesthetize the prisoner so that he is both unconscious and insensate when the executioner injects the second and third drugs.”

In papers filed July 29 in federal court in Jackson, the inmates' attorneys said they had demanded information from the Mississippi Department of Corrections about efforts to acquire lethal injection drugs. They said the department — MDOC, for short — had been evasive or vague.

But the filing also quoted one answer that the department gave in June: “MDOC recently contacted potential suppliers to determine whether they could provide any of the execution drugs listed in MDOC’s Lethal Injection Protocol. As a result of these efforts, MDOC acquired midazolam, vecuronium bromide, and potassium chloride.”

A Department of Corrections spokesman on Friday did not immediately respond to several questions from The Associated Press, including how much of each of the three drugs the department acquired, the total cost of the drugs and when the drugs will expire. Mississippi has 37 men and one woman on death row.

As the first drug in a three-drug protocol, Mississippi in the past has had a form of pentobarbital manufactured in factories inspected by the Food and Drug Administration, not compounded in a pharmacy.

Midazolam would be a different first drug. It is a sedative used before medical procedures. Seven states have also used it as part of a three-drug series to execute inmates, according to the Death Penalty Information Center.

The center is critical of how capital punishment is carried out. It said midazolam was used in a “botched” execution in 2014 in Oklahoma, where witnesses saw the prisoner writhe on a gurney before dying of a heart attack, and in problematic executions in 2016 in Alabama and 2017 in Alabama.

When the federal government executed prisoners in 2020, it used pentobarbital as the only drug. A few other states have used the same single-drug lethal injection protocol.

Mississippi's executions are done in the State Penitentiary at Parchman. The inmates' lawsuit said the Department of Corrections in May 2012 first ordered compounded drugs for possible use in executions, but it also said Parchman lacks a pharmacy suitable for compounding sterile drugs.

The lawsuit said the Department of Corrections intended to execute the inmates with “compounded drugs that may be counterfeit, expired, contaminated and/or sub-potent" and that using compounded drugs "substantially risks that Plaintiffs may be conscious throughout their executions and will experience a torturous death by suffocation and cardiac arrest.”

Mississippi lawmakers in 2017 added electrocution and firing squad as execution methods. The change was pushed by Republican Andy Gipson, who is now the state agriculture commissioner but was then chairman of the House Judiciary B Committee. He said it was a direct response to lawsuits filed by “liberal, left-wing radicals" to challenge the use of certain execution drugs.