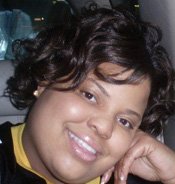 It was already hot a few hours ago at 6 a.m. when Sara Howard showed up for training at Jackson State University. As a participant in the Paul Lacoste Sports Fit 4 Teaching Challenge, she has shown up for daily circuit training since last Tuesday. In this first week, she's already lost 8 pounds. After a few minutes of running this morning, Howard didn't notice the heat any more.

"I feel better. It's a good pain. I feel my muscles transforming," she said.

"Maybe this is something we can incorporate," she said.

After she runs, she does shuffle drills. Then it's on to the treadmill with sprints. Then she runs--she has to run to every station--to the gym to do exercises called mountain climbing and inchworm. At the end of the intense workout, the class runs again, followed by an abs workout.

"What kind of cool down is that?" she asked.

Yet, she finds in the evenings she wants to do more, either go for a walk or a short run. "I can tell I already lost weight. My clothes are starting to fall off at the waist," she said.

Blue Cross & Blue Shield of Mississippi Foundation is one of sponsors of the summer fitness program for educators. Howard says the teachers feel more energetic, and if they keep it up, their students will mimic their habits.

The 10-week program continues through August. Howard had set her goal at losing 50 pounds. "My trainers say I'll lose more that," she said. "They say I'll lose 60."

Howard, a 2008 graduate of the University of Southern Mississippi, lives in Madison County with her puppy, J.Z.