Beating Weight Loss With the Blues 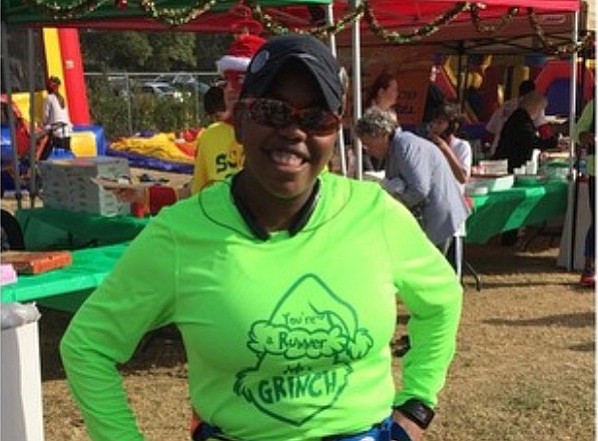 Everyone wants to lose weight, but few are willing to put in the work like Kiwana Thomas Gayden, who lost and kept off 40 pounds since 2013. On Saturday, Jan. 10, she celebrated her successful weight loss with a return to one of the activities that started it all: the Mississippi Blues Half-Marathon.

After she completed the 12-week Paul Lacoste Fitness Boot Camp, the program required Gayden to run a 5K race. She wanted to begin running and decided to try the Mississippi Blues Marathon. "It was a fantastic experience doing the half," she says. "You see a lot of different people from all over the United States, and there's the music, the atmosphere and the  crowd support."

Gayden, 39, said the half-marathon was an anniversary, of sorts, for her fitness goals.

Since her first run, she has regularly practiced yoga and been an active member of the Jackson chapter of Black Girls RUN!, a national organization that promotes fitness for African American women.

With a little more experience under her belt—which is a few notches smaller now—Gayden hoped to improve upon her last run, which meant fewer bumps and bruises.

"Last year, I had a couple injuries, so this time I'm staying injury-free," she said at press time. She stayed that way during the 2015 Mississippi Blues Marathon.

Gayden had to ease up on her exercises for the past few months, which cut into her training time, but that didn't put a damper on her ambition.

Immediately after finishing her race in Jackson, Gayden went to Mobile, Ala., to participate in the First Light Marathon, a partner of the Mississippi Blues Marathon.

When she's not in full-on fitness mode, Gayden is busy with her day job as a lab technician for the Mississippi State Department of Health, where she's worked for 10 years.