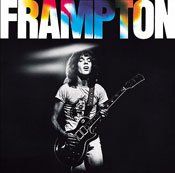 Peter Frampton was a musician often played on WZZQ in its heyday.

Some of my earliest memories involve music, more specifically the music that my parents listened toCat Stevens, The Beatles, Peter Framptonall these albums were on heavy rotation at our house in the late 1970s. But when they grew tired of playing records, my parents just left the stereo on 102.9, WZZQ as it was known at the time, and all their favorite music wafted through our house from large floor speakers that I liked to sit in front of. Unlike the television, I was never warned about sitting too close. A few years later, 102.9 became Miss 103, and although Z106 eventually filled the classic rock void, Jackson radio was never really the same.

Today, we live in the land of Clear Channel and satellite options like XM/Sirius. But there is also another rapidly growing medium for radio: the Internet. In the last several years, Internet radio stations have quietly popped up and started playing what listeners actually wanted to hear all along.

One of my favorites has been Radio Paradise (http://www.radioparadise.com), a station based out of Paradise, Calif., that plays an eclectic mix of indie, folk, classic rock and pop. Naturally, I was elated when I heard that ZZQ was coming back in the form of Internet radio, and I couldn't wait to hear it.

"Mississippi didn't have a bad name to meI thought it was paradise," says Kevin Vandenbroek, a WZZQ veteran and one of the founders of ZZQ102.com. He is speaking about 1980, the year that he decided to move to Jackson to work for WZZQ. Vandenbroek had a morning show that he describes as being "a little different," with a cast of characters portrayed mostly by the late and much-missed DJ Scott Mateer. After the station changed formats in 1981, Vandenbroek moved on to other radio endeavors and now lives in Pennsylvania near Gettysburg.

Vandenbroek started a Facebook group called "WZZQ Truth" earlier in 2009 and, after reading the outpouring of fans' memories and stories about the station, he decided to take orders for a ZZQ T-shirt in the original green and orange colors. "I think people felt cheated when (ZZQ) went off the air," he says. Vandenbroek wanted to bring back the good feeling that the station had brought so many people 30 years ago. And when hundreds of orders came in for the T-shirts, he got an idea: "I thought, 'Why not turn this around and do something with it?'" he says. With the T-shirt revenue, Vanderhoek was able to purchase a Web site and a server. Other donations came in, and by August 2009 ZZQ102.com was born.

What seemed to set WZZQ apart from any other radio station at the time, and certainly any current radio station, was freedom of expression. "To the listener it sounded like we were having a lot of fun," Vandenbroek remembers. "(Radio) is like a toaster nowback then it was a piece of everybody's life (We) shared feelings and felt part of a community."

DJs at WZZQ could play just about anything they wanted, including several songs in a row by the same artist, especially if it fit a certain theme. With the Internet station, Vanderhoek hopes to continue that tradition. "We want to make our 'hosts' accessible even though we are all over the world," he says.

"ZZQ was a great brand, (and) people who live all over the world remember that," Vandenbroek says. Some of these people have volunteered to help the new station. There are hosts (21st century-speak for "DJ") in Tennessee, California and even London. Listeners can expect classic album-rock, of course, but new rock will also be sprinkled throughout, as well as local Jackson musicians like Hunter Gibson, Mac McAnally and Fred Knobloch. Any musician can upload music to be played on the air as well through the Web site.

One of the most endearing features of ZZQ102.com is Sunday's "Tunes 'til Two" with Sam Adcock, son of the late and also much-missed David Adcock, another WZZQ veteran who hosted the original "Tunes 'til Two" on WZZQ and Z106 for years. David's memorably smooth voice echoes audibly in Sam's own voice, and Sam uses some of his father's old playlists to create the new version of the show, while also throwing in new artists like Fleet Foxes and Neko Case. The show runs from 8 a.m. to 2 p.m. EST, so here in Mississippi it's actually "Tunes 'til One," but you get the picture.

The station is fun to listen to any day of the week, and as long as your computer has Internet access and speakers, you can enjoy it, too. Visit www.zzq102.com and register, then click "Listen Live" and pick your media player. The station, as with public broadcasting, is listener-supported, and listeners can purchase items to provide support, or just make a donation. In return, you get a refreshing change from ordinary radio, and original WZZQ listeners can take a quick trip back in time.

This is great news. The only complaint I have is what took so long? I started listening about two hours ago and I'm hooked to the new ZZQ. Thanks Andi for turning us on to this.

I hear you pbates, I wish this had been around years ago! Glad you enjoy it!

I like this, listened to ZZQ in HS, but had to wait till night time to pick it up in the Delta. Did anybody listen to WLS out of Chicago? Could only pick it up at night too but it was great rock station in the 70's, shame it's a talk radio station now.

i love it that zzq is back! i used to listen to it many years ago when i went to murrah. when a friend told me about the article in the freepress i almost fainted. I remember kevin. he used to do mornings and then went to wtix and rock 102. i am so glad he hasn't forgotten about us fans of great radio. i haven't been on facebook for a couple months so i didn't know about this development. its so great that the freepress found this out. thank you. thank you.

listening right now. good stuff! thanks, andi, for the heads up. i emailed them and told them about your column here.

Thanks Andi for turning me on to this. I used to listen to the old Q. I've been tuned to ZZQ102.com since I read your article and it not only sounds as good as the original, in some ways it's better. This latest version plays tons more music and when there is chatter, it's usually old spots or funny announcements. Leave it to the Jackson Free Press to find out about things that interest me the most. Like BubbaT, I used to listen to WLS, too. It was pretty scratchy, though. This beats all. Keep up the good work with the tunes, ZZQ102.com. I just bought a ball cap to keep you going.

I'm thrilled about the Tunes Till Two revival. Sam's mixing in some newer things like Modest Mouse and Amy Winehouse with the old classics of The Rolling Stones and The Kinks. The only trick is remembering to wake up AND log in on a Sunday morning.

Thanks everyone for the kind words! I just found out there is more good news for both ZZQ and a local radio show favorite, Mississippi Happening. The show will now be broadcast on ZZQ102.com starting tonight at 6pm. This is Daniel Guaqueta, Amanda Rainey and William Patrick Butler's show that was formerly on WLEZ. They've been broadcasting live a lot lately which makes the show even more fun.