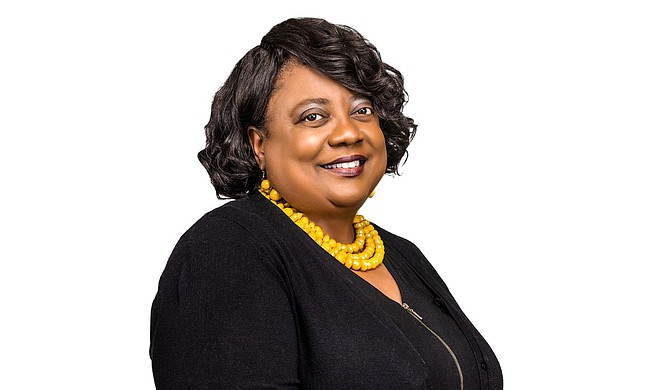 The Mississippi Public Health Association named Tanya Funchess, an assistant professor of public health at the University of Southern Mississippi, as president-elect for the organization in November 2021. Funchess formally assumed her new position in December 2021 and is set to become acting president by 2023.

As president-elect, Funchess is responsible for preparing and presiding over meetings and conference calls, working with the president and executive director on implementation of strategic goals, representing the association at affiliate or professional events and serving as chair of the MPHA Board of Directors and MPHA Health and Racial Equity Committee.

"Our mission at the Health and Racial Equity Committee is to ensure equity in everything MPHA does as an agency, as well as diversity in governance and leadership," Funchess says.

“The purpose of the Health and Racial Equity Committee is to coordinate and develop policies that proactively promote the elimination of health disparities and (to work toward) the achievement of health and racial equity in all of Mississippi,” she adds. “The committee serves to also make sure MPHA governance and leadership are looking at all of its initiatives and activities with a racial and health-equity lens.”

Funchess has been an assistant professor with USM since 2018 and has been affiliated with MPHA for more than 15 years and active with the organization for five. She has also served in various leadership roles at the Mississippi State Department of Health for 17 years.

Born and raised in Magee, Miss., Funchess graduated from Magee High School and earned her associate degree in general business from Copiah-Lincoln Community College in Wesson, Miss., before enrolling at USM. She earned her bachelor's degree in business administration from USM in 1986, a master's degree in management from Belhaven University in 2003, a master's degree in public health from USM in 2005 and a doctorate in health administration from the University of Phoenix, Ariz., in 2012.

After graduating from USM in 1986, Funchess worked as a retail manager for a company called Shoe City in Georgia and Virginia before later returning to Magee. After 13 years with the company, she decided to branch out of retail and took a position with the Mississippi Emergency Management Agency, where a fellow employee informed her of an open position at the Mississippi State Department of Health as branch director of the Tobacco Nurse Program. There, she oversaw 52 registered nurses in 52 school districts across Mississippi who were responsible for teaching tobacco education in their school districts.

"My work with the Tobacco Nurse Program was a key factor in sparking my interest in public health," Funchess says. "Working with those nurses, I gained an understanding of the prevalence of mortality rates in Mississippi and how some people, no matter what, just don't have the same opportunities to be healthy and live in a healthy environment as others. I wanted to dig deeper and see why those disparities were there, and to develop programs to help those vulnerable communities."

In addition to her work with USM and MDHA, Funchess has also served as director of MSDH's Chronic Disease Bureau, which oversees Mississippi's diabetes, heart and cancer programs. She also served as assistant director for the Office of Tobacco and as director for the Office of Health Disparity Elimination. Funchess presently serves as board members for both the Simpson County Technical Center Community Advisory Board and for the Institute for the Advancement of Minority Health.

“What drives my work every day is that I want to see populations who have been marginalized for whatever reason get the opportunities to thrive,” she concludes.

Funchess and her husband, Chaucer Funchess, have been married for 23 years and have a 16-year-old son named Chanse Funchess.