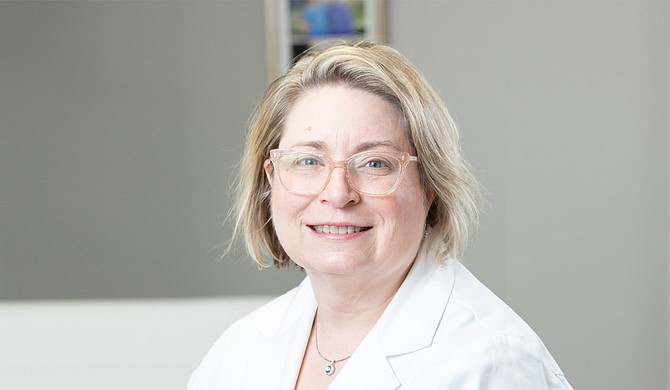 Tanya Fitts, physician owner of Lafayette Pediatric Clinic in Oxford, Miss., became president-elect of the Mississippi chapter of the American Academy of Pediatrics on Oct. 30. She is set to assume the role of president of the organization in January 2021.

As president of MSAAP, Fitts will be responsible for advocating on behalf of pediatricians in Mississippi at both the state and national level and promoting health and wellness for children. Fitts says that a large focus of the role for both this and the coming year will be addressing issues related to the COVID-19 pandemic.

"Because of the pandemic we've had to shift the way all our pediatricians operate their offices," Fitts says. "We've had to work to diminish waiting room time, update our personal protective equipment and eye protection, acquire more gowns for sick patients and more. We've also been seeing the mental health repercussions on children of a lack of regular schooling, like uncertainty, anxiety and depression."

Fitts has been a member of MSAAP since 1999. She is part of the organization's committee on continuing education meetings and serves as the chapter’s coordinator for Community Access to Child Health grants, which allow physicians and pediatric residents to launch projects that help give children in underserved communities better access to healthcare. She is also a fellow of the national American Academy of Pediatrics, in which she is a member of its Sections on Practice Management, Breastfeeding and Obesity.

Born in Pontotoc, Miss., Fitts attended high school at Mississippi School for Mathematics and Science in Columbus, Miss., and was a member of its second graduating class. After graduating she enrolled at Vanderbilt University in Nashville, Tenn., where she received a bachelor's degree in Spanish language and literature in 1995. She then went on to University of Mississippi Medical Center in Jackson, where she received her medical degree in 1999.

"I knew that it was important to expand my horizons in college, so I took the time to learn a second language, which has served me well," Fitts says. "Pediatrics was always the end goal for me, however. When I was going through my medical training I found a deep love for assisting families as they tackled the growth and development of their children. I found that I loved that aspect of the medical field a lot more than preventative medicine."

After graduating from UMMC, Fitts performed her residency at Batson Children's Hospital in Jackson until 2003. That year she moved to Oxford to be closer to her parents and began working in the offices of a physician named Joe Harris. She decided to go into practice for herself and opened Lafayette Pediatric Clinic in 2007.

In addition to her work with her own clinic and MSAAP, Fitts is a member of the Mississippi State Medical Association and a board member of the Lafayette Literacy Council. Mississippi Business Journal named Fitts as one of the top 50 leading businesswomen in Mississippi in 2019.

Fitts and her husband, David, have been married for 10 years and have 7-year-old twins, James and Ann Claire.