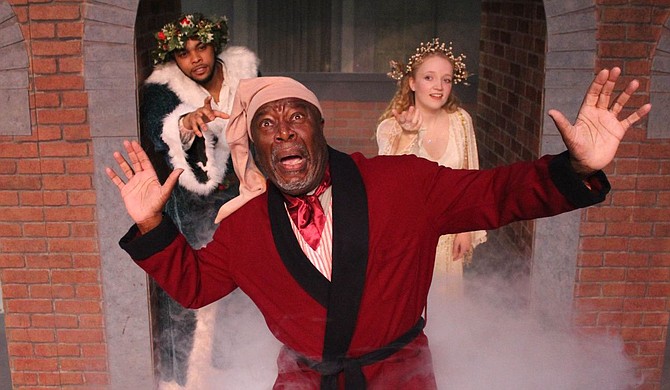 A city as vast and diverse as Jackson contains people of varying cultural identities who unify to form a grander community. The sheer number of nonprofit entities, locally owned businesses, annual festivities and other attractions that welcome Jackson Metro residents and visitors exemplifies the levels of support Jacksonians are willing to demonstrate for art, history, good causes and beyond.

New Stage Theatre boasts one of the longest-running winning streaks in Best of Jackson history, claiming victory for live theater in over half of the award ceremony's 20 years. Each season, the company produces five main-stage plays, a SchoolFest matinee, a kids-only theater camp and a holiday show. New Stage's production of "A Christmas Carol" resonated with enough ticket-holders to earn the title of Best Stage Play for 2022. Upcoming productions include "I Just Stopped by to See the Man," "The Curious Incident of the Dog in the Night-Time," and "9 to 5: The Musical."

Several organizations in the Jackson Metro devote themselves to visual arts. For example, The Mustard Seed, a nonprofit that provides for the needs of adults with developmental disabilities, sells artwork they make with their own hands to raise funds and continue its mission. Fondren Art Gallery, meanwhile, showcases works from local, regional and international artists. The owner, Richard McKey, contributes his own pieces, which you can view in-person or on the gallery's website.

The zeal with which those of the metro make our voices heard helps define our Jacksonian hearts. Young, Gifted and Black takes home Best Public Forum/Speaker Series, and the Jackson Foodies™ grabbed the inaugural Best Local (Jackson-Focused) Social Media Group category. The Facebook group contains over 25,000 members who post pictures and reviews of their latest meals, ask for recommendations, announce the openings of new restaurants, and otherwise broadcast their appreciation for Jackson's range of represented cuisines. Elvie's, a restaurant Chef Hunter Evans opened in early 2020, earned Best Locally Owned Business this year.

While the pandemic has complicated gatherings over the last two years, people in Jackson continue to support the fundraising efforts of local non-profits. The Greater Belhaven Neighborhood Association, for example, has presented its annual fall street festival, Bright Lights Belhaven Nights, for nearly as long as the Jackson Free Press has been in business. The Junior League of Jackson organizes two regular events that scored Best of Jackson victories this year: Touch A Truck® Jackson and Mistletoe Marketplace.

Browse the complete list of winners and finalists for our Community & Culture category below.

Finalists: Amazoning with Anitra / Black With No Chaser / Key to the City Media / Visit Jackson – MyJXN