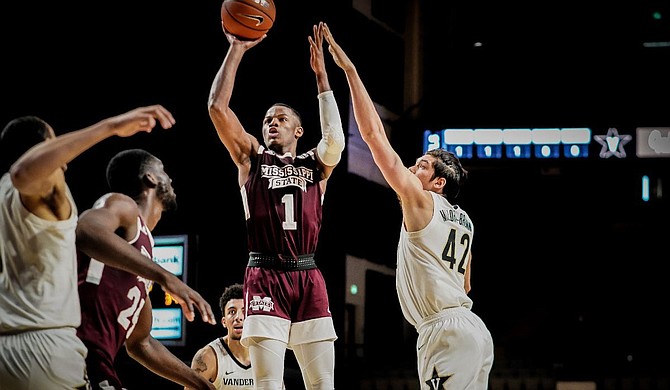 As October is quickly coming to an end, sports fans will catch the end to an exciting college football season. But sports fans have something else to look forward to as the calendar changes to November: the return of college basketball.

Mississippi State University guard Iverson Molinar was voted to the Preseason First-Team All-SEC. The junior was the only player from either MSU or the University of Mississippi to be named to either the first team or second team.

The Panama City, Panama, native helped the Bulldogs reach the championship game in the postseason National Invitational Tournament for the first time in program history. His play during the NIT earned him all a spot on the All-NIT Tournament team.

Molinar ranked among the best in the SEC as his scoring average of 16.7 points ranked fourth in the SEC, his 47.8% field goal percentage landed him in fifth in conference, and his 80.4% free throw percentage finished 12th in the SEC. He enjoyed eight games of scoring 20 or more points during a game this season.

MSU finished the strange pandemic season with an 18-15 overall record and an 8-10 record in SEC play. The breakout season for Molinar was a major help for the Bulldogs as he averaged 16.7 points, 3.7 rebounds, 2.3 assists with 27 steals and three blocks.