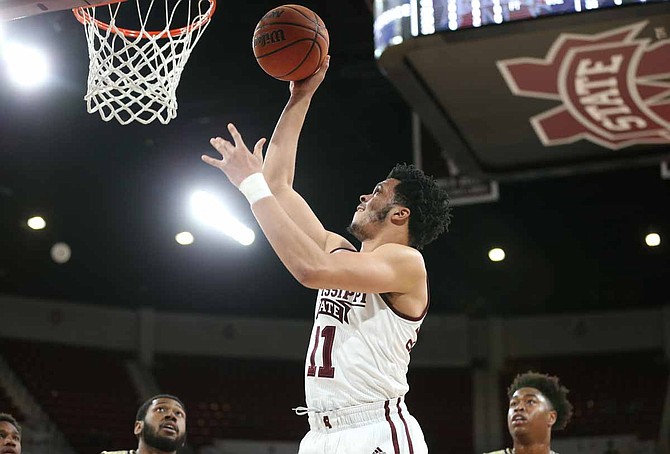 Starkville, Miss., could end up earning most of the attention in the state this college-basketball season. Mississippi State University is set up to make major noise with its men's and women's teams.

The women's team is off to another strong start after back-to-back trips to the national title game and is currently ranked in the top five in both major polls.

Meanwhile, MSU's men's team is ranked in the top 20 and looking to reach the postseason again. Last year, the men's team reached semifinals of the National Invitation Tournament, setting big expectations for this season.

That does not mean the rest of the Magnolia State teams will let the Bulldogs take all the headlines. The men's team for the University of Mississippi is off to a strong start under a new coach, and both the men's and women's teams at the University of Southern Mississippi have winning records with conference play just around the corner.

For the smaller schools, the Millsaps College women's and men's teams have a combined 17-3 record as of press time, with only one loss for the women's team. At Tougaloo College, the men's team is 7-0 at home with a 11-2 start overall. There is also plenty of time for the other teams around the state to catch up and make a run at the postseason.

The Mississippi State men started off strong, as the Bulldogs feasted on weaker foes. However, they did not record many marquee wins out of conference and struggled near the start of SEC play. MSU went 2-5 entering the conference schedule before going on a four-game winning streak to pull out of the nose dive. The Bulldogs went 3-4 in the final conference stretch to finish .500.

That was enough to earn a bid to the NIT and get MSU back in the postseason season for the first time since 2012. Head coach Ben Howland got a glimpse of what the future could be, as the Bulldogs won three NIT games and one in the SEC Tournament.

MSU is off to a strong start at 10-1 as of press time, with a chance to build an early postseason resume over the remaining non-conference games. There are plenty of stars on the court for the Bulldogs, including Preseason All-SEC First-Team athlete Quinndary Weatherspoon.

Weatherspoon is currently leading MSU in scoring with 16.6 point per games. He is one of five Bulldogs averaging double-digits. Among those is his younger brother, Nick Weatherspoon, at 10.1 points per game.

The emergence of Lamar Peters has helped lighten the workload. He is averaging 14.6 points this season after 9.6 points last season, helping to give MSU a strong one-two punch scoring.

Meanwhile, Preseason All-SEC Second-Team player Aric Holman and Tyson Carter are averaging 11.1 and 10 points per game, respectively, to add more scorers for defenses to stop. That has allowed MSU to score a total average of 79.27 points per game early this season.

It will be NCAA Tournament or bust for this squad. A strong showing in the vastly improving SEC will help the Bulldogs' seeding in the tournament. Any other postseason tournaments will be a major disappointment. The program has grown too much to be in anything less than the Big Dance.

Barring any major injuries, MSU should have the ability to win any ball game this season. Auburn University, the University of Kentucky and the University of Tennessee will be the opponents for MSU to measure itself against in conference play.

It has not been easy for head coach Doc Sadler at the University of Southern Mississippi. NCAA restrictions from the previous coaching regime put him in a bad stop from the moment that he got on campus. A credit to the coaching job that he has done, USM has improved each season under his leadership.

The Golden Eagles jumped from just nine wins in the 2016-2017 season to 16 wins last year. While that might not seem like a lot, USM won just 26 games in the previous three seasons combined. Last season, saw a few bright spots for the Golden Eagles, such as a four-game winning streak in the out-of-conference slate.

USM ended the season strong, winning three of their last four games, with two of those coming in the Conference USA Basketball Tournament. The last win was over C-USA favorite Middle Tennessee State.

At 7-4 as of press time, Southern Miss is looking pretty good in the young season, but the Golden Eagles have not beaten any impressive teams yet. That does not mean the team has lacked improvement, as USM has struggled to beat teams it normally handled in past seasons.

The Golden Eagles will go as far as athletes Cortez Edwards, Tyree Griffin and Dominic Magee can carry them. Edwards leads the team in scoring with 14.5 points per game, Griffin is chipping in 13.4 per game, and Magee is averaging 10 points per game. Those players did the bulk of the heavy lifting last season and will be counted on to do the same this year.

As the season moves on, though, Jackson native Ladarius Marshall could become more of force inside. Before coming to USM, he averaged 16.7 points, 10.8 rebounds and 4.4 blocks in his injury-plagued senior season of high school. His maturation as a player could help in C-USA play if USM wants to move up in the standings.

Southern Miss will not reach the Big Dance this year unless something crazy happens in the conference tournament. The best this team can hope for is a spot in the NIT at the end of the season.

Sadler has made the best of a terrible situation, but he still does not have the players to win or compete every night on the court. He is getting the most out of the talent on his roster, and his athletes are playing hard despite the difficult situation.

This season is just another on the long road back to respectability for the Golden Eagles. As long as USM can keep Sadler in Hattiesburg, the team should increase its chance to carve out big wins. Golden Eagle fans will have to get through this season and hope a breakthrough is in on the horizon. The good news is it that it cannot get much lower than where the program was before Sadler came to town.

Jackson State University started the season at 3-10 during the out-of-conference slate. The Tigers, like most Southwestern Athletic Conference schools, spend most of the non-conference schedule on the road to earn money to keep the program going.

JSU got off to a strong start in conference play, with a 6-0 run. That six-game winning streak happened to be the highlight of the season, though, as the Tigers followed it with three straight losses. They won against main rival Alcorn but then lost four more SWAC games in a row.

A two-game-winning streak at the end of February helped soften a rough start to the New Year. Then, Jackson State lost its final three games to end the season at a low point. The Tigers were left to continue waiting for their first postseason trip since a 2010 NIT appearance.

Head coach Wayne Brent has to rework his roster this season after the departure of stars Paris Collins, Maurice Rivers and Jeremiah Johnson. He might have his tough coaching job at JSU this season, working in new players and looking for leadership.

Chris Howell is the team's leading scorer at 11.1 points per game currently, and Venjie Wallis is in second with an average of 10.6 point per game. Jontrell Walker is adding a respectable 9.8 points per game to help the Tigers' offense.

JSU sits at 2-9 with one game left in the non-conference slate as of press time. The Tigers will need to make a strong run in SWAC play to have any hope of a postseason berth. The defense has been strong under Brent, but the offense has not really gotten off the ground. Finding some offensive punch in conference play could be the make-or-break difference.

Jackson State University is locked into a one-NCAA-Tournament-bid conference, and the Tigers' bad out-of-conference record will not help for other postseason tournaments. They have to win the SWAC Tournament if they want to reach the Big Dance.

Their only hope at reaching the postseason any other way could be winning the regular-season conference title. That could be good news, considering how the SWAC can be unpredictable, allowing a dark-horse team to come out of nowhere to win the league.

JSU will have a major hill to climb to win the conference in the regular or postseason. The Tigers were picked to finish eighth in the preseason poll.

Brent might have to do the best coaching job of his career if the Tigers are going to turn the program around. Fans may not give the coach much more time if JSU continues moving around the bottom of the conference.

The wheels finally fell off the Andy Kennedy coaching era at the University of Mississippi. The Rebels finished non-conference play with a 6-5 record to signal the beginning of the end.

UM nearly made it through January with a .500 conference record when things began to veer in the wrong direction. The Rebels went on a seven-game losing streak, and any hopes a postseason berth were gone.

The last win came against the University of Missouri on the road in late February, but UM followed that with a four-game losing streak to end the season, including a one-point loss to the University of South Carolina.

Kennedy did not make it to the end of February. Despite the bad turn, he leaves having coached the most wins in UM men's basketball history.

UM made a big splash hiring Kermit Davis away from Middle Tennessee State University. He is NCAA-Tournament-tested at a mid-major school and took down major teams in the Big Dance, including Michigan State University and the University of Minnesota.

Early this season, the Rebels, at 8-2 as of press time, have beaten the opponents that they should beat, but two losses have come against better teams. How they fare in conference play could make or break any postseason berth.

It would not be shocking if the Rebels reached the NCAA Tournament with Davis as head coach. There are bright spots for him to work with, and he is getting the most out of the talent on his roster.

The SEC is not an easy basketball conference anymore, which is why the Rebels should reach for the NIT. In reality, a trip to the NIT would be a great way to end the season, giving the Rebels some postseason play and a chance to build for the future.

Any postseason trip will be a positive step for this program. Davis might not get to the NCAA Tournament this year, but he will have the Rebels in the Big Dance sooner than later.