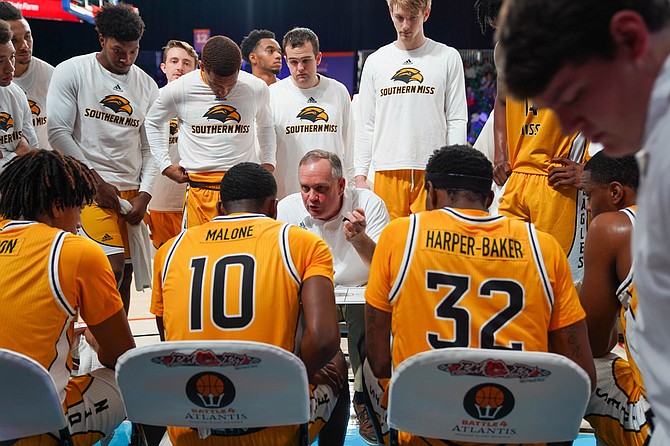 There might not have been a better turnaround job in college basketball last year than what Kirmitt Davis did in his first season with the Rebels. Davis went 20-13 as he led Mississippi to its first NCAA appearance since 2015.

Tyree is currently fourth in the conference in scoring with 18.2 points per game. The Rebels are currently 7-3 but those three losses to the University of Butler, University of Memphis and Oklahoma State University were lost chances to get quality non-conference wins.

Last season was a breakthrough campaign for Ben Howland as the Bulldogs went 20-11 and reached the NCAA Tournament for the first time under his leadership. Howland is 78-56 during his time at MSU.

Gone is Quinndary Weatherspoon but the Bulldogs have plenty of talent returning even it all of that talent won't be back to start the season. MSU will rely on Preseason First-Team All-SEC sophomore forward Reggie Perry.

MSU is currently 7-2 with a loss to Villanova University and Louisiana Tech University. The Bulldogs will be in the hunt for an NCAA Tournament spot but need to be strong in conference play. Much like the Rebels, MSU can't afford not show up in SEC play with a weak out of conference schedule.

After five seasons at the helm, USM head coach Doc Sadler suddenly resigned as head coach of USM. Sadler went to the University of Nebraska to become an assistant coach, and the Golden Eagles were looking for a new coach after a 20-13 mark last season.

USM hired Jay Ladner as head coach after the NCAA sanctions from the Donnie Tyndall disaster. Currently USM is off to a terrible start to the Ladner era as the Golden Eagles are 3-8 on the season.

Early returns looks as though USM is starting over again and will begin another rebuild. The only hope for a postseason berth will be everything coming together in conference play or a miracle run in the conference tournament. It will be tough for USM fans to start again after the promise of last season.

Wayne Brent returns as head coach of Jackson State University and in seven seasons at JSU has a 82-122 record. The Tigers will lean on Preseason SWAC Defensive Player of the Year and Preseason First-Team All-SWAC sophomore forward Jayveous McKinnis to help earn wins.

Second leading scorer in the conference is junior guard Tristan Jarrett, who is averaging 16.8 points per game. In conference play it will be McKinnis and Jarrett that will lead the way for the Tigers.

Currently JSU is 1-8 on the season as the program has played mostly on the road. Programs like Jackson State play road games for checks to keep the athletic program going.

The only hope for an NCAA Tournament spot is winning the SWAC Tournament for JSU. The Tigers need to come out of non-conference play healthy to make a run through the regular season and tournament. There is no margin for error for JSU.

The Braves will go as far as Preseason Second-Team All-SWAC junior guard Troymain Crosby can take the team. He is currently eighth in the conference in scoring with 13.1 points per game.

Senior guard Maurice Howard is ninth in the SWAC in scoring with 12.7 points per game. The two combine to give the Braves a strong one-two scoring punch for Alcorn State University.

ASU is currently 3-5 on the season but the real test will be conference play. The Braves' postseason hopes depend on winning the conference tournament at the end of the season.

Everything for this team comes down to being the conference champion. Winning SWAC games in the conference regular season should set up a better chance to win the postseason title.

It hasn't been the best start for Mississippi Valley State University as the Delta Devils currently are winless at 0-9 on the season. MVSU does have a bright spot to focus on early this season with senior guard Michael Green leading the conference in scoring.

In eight games played this season, Green is averaging 19.3 points per game for the top scoring spot in the SWAC. Freshman guard Caleb Hunter is 13th in the conference in scoring with 11.6 points per game.

MVSU like JSU and ASU must win the conference tournament for any hope of an NCAA Tournament bid. Green and Hunter are going to have to carry this team if they want to win a championship because there isn't much behind those two players.

Delta State University is currently struggling at 4-6 to start the season. DSU is strong at home with a 3-1 record but struggling on the road and neutral sites with a 1-5 record.

The Statesmen haven't started conference play so there is time to turn things around. Playing better on the road would be a good start. DSU needs junior guard Keyshaun Street to lead the way.

Street is 13th in the Gulf South Conference in scoring at 14.9 points per game. He might have to do more if there is a postseason run in this team. 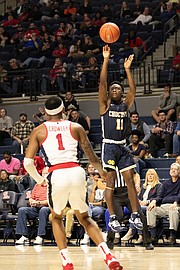 The Choctaws are currently 5-4 overall and are just ahead of DSU in the conference standings. Much like the Statesmen, Mississippi College is struggling on the road with a 1-3 mark but an outstanding 4-1 at home.

Junior guard Winston Edwards, eighth in scoring in the GSC, leads MC as he scores 17.3 points per game.

The Choctaws need to get the road woes fixed before conference play begins. That could end up being the difference to a postseason bid.

The Majors have started the season strong with a 6-3 start on the season. Millsaps College has played two road games but split those with a win and a loss and is 5-2 at home.

Millsaps is paced by junior forward Anthony Hughes, who leads the team with a 13.7 points for 10th place in the Southern Athletic Association. Helping with the scoring load is freshman Kaleb Jenkins, who is second on the team scoring with 12.9 points per game.

If the Majors can keep up their strong play at the start of conference play, they could contend this season. Millsaps begins SAA play with the coming New Year.

The Blazers were picked to finish last in the Eastern Division of the American Southwest Conference. That projection doesn't seem too far off after the 1-5 start for Belhaven University.

Things need to turn around quickly for the Blazers if they want any hope of a postseason. The slow start for Belhaven is bad but there is plenty of time with conference games still to play.

Tougaloo College is off to a fast start at 10-2 on the season with both losses coming on the road. The Bulldogs are 3-2 on the road this season and 7-0 at home.

Tougaloo is led by Ledarius Woods, who leads the Gulf Coast Athletic Conference with 20.7 points per game. Preseason All-GCAC senior guard Stanley Williams is second on the team in scoring with 14.6 points per game.