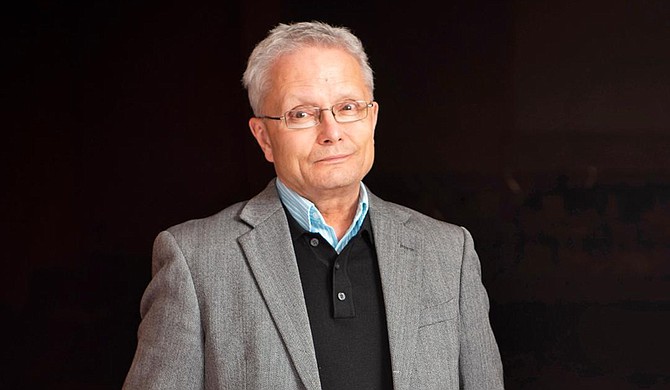 Michael Beattie, president and executive director of the Mississippi Symphony Orchestra, will retire after serving the organization for almost 17 years Sept. 1, 2021.

Born in Greeley, Colo., Beattie and his family moved to Omaha, Neb., when he was young. He later attended the University of Nebraska-Lincoln, which featured a strong organ music department that well-known instructor and composer Myron Roberts headed. Beattie majored in organ music and received his bachelor’s degree in 1973, which he followed with a master’s degree from the College-Conservatory of Music at the University of Cincinnati in 1975.

The musician credits his interest in the field to the church that he attended during his younger years, alongside the church’s organist and choir leader. Particularly, he recalls when he noticed “the endless variety of sounds that the instrument (organ) can make,” he says. “I also think at first I was just drawn to all the buttons and gadgets."

Before he could learn to play the organ, though, he first had to learn the piano. “(Learning piano), of course, was the right thing to do, because you need to be able to read both clefs and know what to do with your hands before you add the component of your feet,” he says. “The organ is a self-sufficient instrument. Unlike a flute, you don’t need a pianist to accompany you, which was probably a draw as well.”

During his career, Beattie has performed around the country. One of his most memorable concerts, he asserts, was at Saint Thomas Church on Fifth Avenue in New York City. “It was a Sunday afternoon organ recital in a wonderful room to play in. Except, the instrument was aging, and part of the mechanical controls fell apart right at the last minute before the recital. So, it was a nightmare to play the recital and get all the right sounds out at the right time, and the organist at the church had to help and pull stops for me.” Nevertheless, the show went on.

After completing his studies, Beattie entered a 25-year, full-time career in church music across several locations in the Midwest, transitioning into arts management in 1999 while serving as the chief operating officer for The Louisville Orchestra in Kentucky. In 2004, he moved to Jackson and began his local music career.

Prior to the pandemic, the nonprofit had around a $1.7 million budget. With the losses incurred due to COVID-19, Beattie has worked on behalf of the MSO’s employees. “That means finding about $50,000 twice a month for payroll. Those people count on us to send out regular paychecks. We manage that through ticket sales, grants, fundraising projects, corporate sponsorships and donations.”

Looking back at the legacy he leaves behind with the MSO, Beattie, 70, reflects on three accomplishments: “We have strong and integrated musical leadership in our music director. We have a vibrant professional orchestra and a transparent and supportive relationship with them. And we’ve had a number of community leaders, corporate leaders, on our board to help assure a stable financial future,” he says.

Once retired, Beattie will remain in Jackson and continue playing the organ. “This is my home,” he says. “I am hoping to find ways to give back to the community, and I will be continuing as organist at St. James Episcopal Church.”

As for his involvement with the MSO going forward, Beattie says, “I’m truly passionate about what this orchestra can do, and I’m really looking forward to watching its future growth. I’ll be sitting in the audience.”

To learn more about the Mississippi Symphony Orchestra and its upcoming events, visit msorchestra.com.