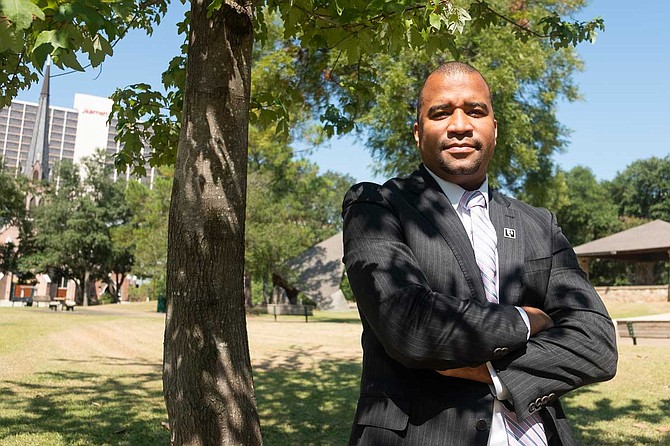 "You in this room know me, and you know what we stand for," Owens told attendees at his swear-in ceremony at the Hinds County Civil Courthouse on Monday, with his aunt, District 3 Chancery Court Judge Denise Owens, presiding over the ceremony.

"We care about being safe in this county. We love to be safe, and we will be safe. And anybody who says anything else, we're going to need their advice," he added.

Jody Owens, who enjoyed support from Mayor Chokwe A. Lumumba, ran unopposed after winning the Aug. 6 primary against Darla Palmer with 52% of the vote.

While on the campaign trail, Owens said he wanted to take a different approach to the district attorney's office, one of refocusing criminal-justice policy through the lens of public safety. By treating drug-addiction issues as a public-health crisis rather than simply jailing people, for example, those suffering from substance abuse can get the help that they need.

The goal, Owens has said, is to create healthier communities and improve public safety not just in the short term, but for years to come.

"I know that if you come in here with a gun, (and) I take the gun from you, that I might be safe that day, but I might not fix the issues that gave you that gun in the first place," Owens said in an interview last September.

In addition to expanding alternatives to incarceration, such as drug courts and special programs for veterans and juvenile offenders, Owens said he would prioritize prosecuting violent crimes rather than low-level offenses such as simple marijuana possession.

This would help to address prolonged pretrial detention rates in the county, an ongoing issue since a 2015 U.S. Department of Justice investigation found that the Hinds County Detention Center violated the constitutional rights of detainees through lengthy pretrial detention. The DOJ placed the jail under a federal consent decree following the investigation and ordered that the county implement changes on several fronts.

Four years later, a federal court monitor found that the Hinds County Detention Center is still not complying to federal standards, owing to continued problems with staffing and facility issues.

Owens has acknowledged that implementing reforms will require close collaboration with local law enforcement and judges.

Last October, The Appeal reported allegations of sexual harassment against Owens from former female colleagues at the Southern Poverty Law Center, where Owens was staff attorney until his resignation in June. Some of the accusations, which Owens denies, date back to 2013.