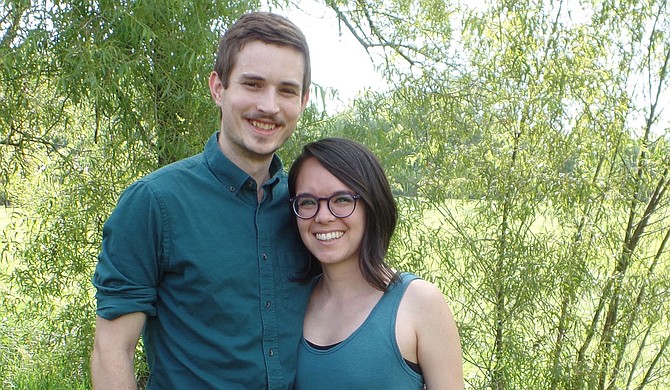 James Keyon and his wife Laina give Mississippi-based artists an outlet to tell their stories through the Hearth and Mantel Theatre. Photo courtesy James and Laina Keyon

Jackson resident James Kenyon says he has a heart for "telling stories that might not otherwise be heard," which he has had the chance to do since co-founding the Hearth and Mantel Theatre in 2017.

Kenyon, 24, was born and raised in Miami, Fla., and came to Jackson to attend Belhaven University in 2013 by way of a family connection. His uncle Wynn Kenyon had taught at Belhaven for 31 years before his death in 2012. His two older sisters also attended Belhaven. He graduated in 2017 with a bachelor's degree in acting and is currently working as the associate technical director of the Performing Arts Center at Jackson Academy.

Although he and current wife Laina started at Belhaven at the same time and despite the two being in the same department and having had crossed paths a lot, they did not fully become aware of each other until their last semester in college. The couple began dating and then married on July 21, 2018, at the Redeemer Church in Jackson.

James says the summer of 2016 was "definitely a life-changer." He worked for an organization that went into prisons around the country performing theatrical shows that presented the Christian gospel (Laina had also done so the summer of 2015). "It opened my eyes to a people that for the most part is forgotten and they felt forgotten," he says. "It changed my perspective on how to view people in general, especially the ones who are forgotten on purpose."

After these experiences, Kenyon says he realized his heart "was in telling stories that might not otherwise be heard. The roadblock to community connections is not hearing another person's story. They say if you can hear another person's story, no matter where you come from, you can identify with some part of it. There are so many struggles and threads that are universal throughout all of our lives, but if you don't take the time to see it, you won't."

After graduation, Kenyon thought to himself, "Man, what if we had a theater where we told people's stories, (from) people in the area as opposed to stories that come from other places? What if we told stories that were meant for people here?" Lania and a number of others were enthusiastic about the idea. Thus, James and Lania became co-founders of the Hearth and Mantel Theatre. James is the artistic director, and Laina is the managing director.

"Our stories are very much weaved together and the theater is just as much hers as it is mine," Kenyon says about his wife, Laina.

The name is meant to evoke images of a homestead as troupe members want everyone to feel welcome at the theater and comfortable sitting around after a production with some coffee discussing the show.

"The Hearth is kind of the idea of being inside your fireplace, which is burning and consuming, implying we're not afraid of diving into difficult issues—kind of like the refiner's fire—be refined through that process, (and) at the same time we want to try and do it so that it is magnificent and beautiful," Kenyon says.

The troupe aims to be known for highlighting Mississippi artists while keeping the content, standards and audience expectations at a high level. To that end, all of the Hearth and Mantel's shows so far have been original productions, written and performed by people who live in Mississippi. All of the productions thus far have been dramas but the next show, "Big Mama's Kitchen, will be a comedy and is scheduled for late February or early March.

James and Laina Kenyon live in Fondren. Laina works as a research assistant at Sones & White Consulting. Outside of the theater, the couple enjoys playing board games, relaxing in hammocks outside and spending time with friends and family.