‘The Lady With Bruce Willis Eyes’ 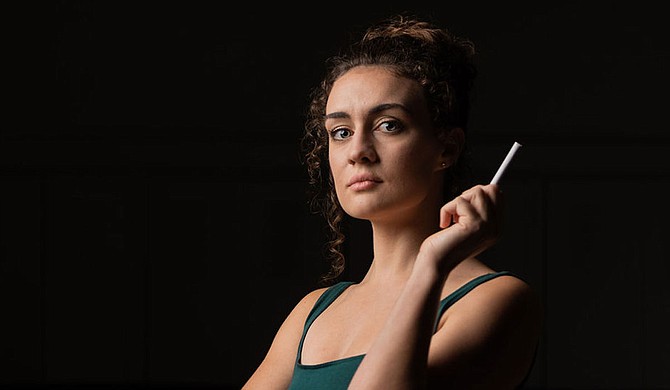 The opening nights of the Hearth & Mantel Theatre Company's production of "The Lady With Bruce Willis Eyes" brought in a larger crowd than the troupe anticipated.

"We were thrilled with the audience reception," director Michaela Lin says. "They chuckled at the right places and there were tears where we expected."

The solo performance show, Lin says, is about a dancer and how "she would get out of bed in the morning, get in her car, go to work, then go to the bar and return home for bed. She is in a rut."

The play has already been performed twice, on Dec. 4 and Dec. 5, but theater fans have three more opportunities to view the show: Dec. 11-13 starting at 7:30 p.m. at the Arts Center of Mississippi.

"(Hearth & Mantel Theatre Company) first started with our shows produced in local homes. We are excited to have the opportunity to present on the stage of the Arts Center of Mississippi," Lin says.

The production is made possible through a partnership with the Millsaps College Theatre Department and the Greater Jackson Arts Council.

"The play begins with a speech from the main character. She kind of goes through her life as a dancer with the speech and the audience is sucked into her story," Lin says. "The main character, Hollie, portrayed by Lydia Lippincott, talks about her life story, and about three moments, each traumatic in their own way, which define her story as a dancer."

"I don't need to tell anymore about the plot," Lin says. "But there are surprises which are acted out with great emotion."

Award-winning playwright, Mac Mitchell, wrote the original production. "He was inspired to write the play because of a poem he wrote when in college," Lin says. "He was interested in the life of a dancer and how it can affect people. He wanted to tell their stories." Mitchell also collaborated with a dancer, Noelle Robinson, which added to the depth of the play.

"Mitchell is a member of our original team. We first met summer of 2017. Our first meeting was with James and Laina Kenyon. We had come together with the dream to begin a theater company in Jackson," Lin says.

"We all have full-time jobs, (but) we love our Theatre Company and are passionate about it," Lin says.

"The Lady with Bruce Willis Eyes" is the troupe's third main-stage season. Previous productions featured "If I had Wings" and improv-shows, such as "Deep South Pops," which was performed at the Olde Towne Depot in Clinton The official improv group is called "Dismantle," used as an opportunity to teach local playwrights how a play comes together.

The troupe teaches the submission process and holds readings and tryouts. The next play is planned for spring 2020 and will be a comedy with a playtime between one hour to an hour and 15 minutes, Lin says.

"The Lady With Bruce Willis Eyes" will be held at the Arts Center of Mississippi (201 E. Pascagoula St.) from Dec. 11-13, starting at 7:30 p.m. Tickets are $15 general admission and $10 for students, and they may be purchased online or at the door.