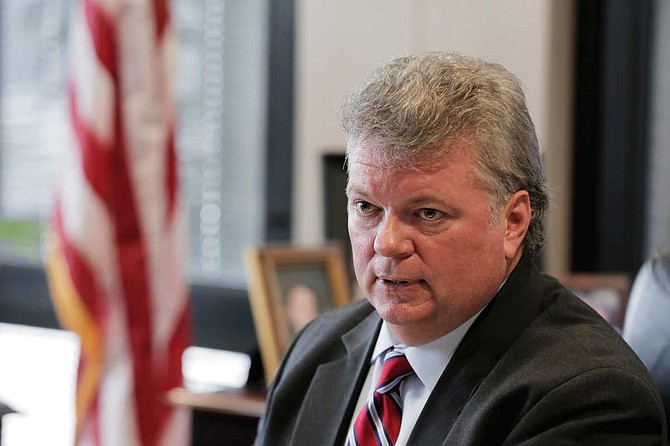 Mississippi Attorney General Jim Hood is joining other attorneys general across the country in an investigation of Facebook, he announced on Tuesday. The bipartisan coalition, which includes 47 state attorneys general, is looking into whether "Facebook may have put consumer data at risk, reduced the quality of consumers' choices, and increased the price of advertising," New York Attorney General Letitia James, a Democrat, said in a press statement yesterday.

"Over the past year, I have raised concerns of potential barriers to competition and decreases in the quality of service when consumer data is concentrated in the hands of only a few," Hood said. "In this investigation, we will determine whether Facebook has restrained trade, thereby reducing the quality of consumers' choices or increasing the price of advertising."

Hood is the Democratic nominee for Mississippi governor in next month's election.

Louisiana Attorney General Jeff Landry, a Republican, is among those joining the investigation.

"Big Tech must account for its actions," Landry said in James' press statement. "I am proud to join my Republican and Democrat colleagues in efforts to ensure tech giants can no longer hide behind complexity and complicity."

Earlier this month, Fortune reported that Facebook had reached a $40 million settlement over separate allegations that it, at times, drastically inflated view counts on videos to make its video platform appear more popular than it really was. In July, the Federal Trade Commission hit Facebook with a $5 billion fine over consumer privacy issues.

Facebook is also an issue in the 2020 presidential campaign. In a leaked audio recording, Facebook CEO Mark Zuckerberg vowed to "go to the mat and fight" Democratic candidate U.S. Sen. Elizabeth Warren over her proposal to break up the company.

This is not the first time Hood has gone after big tech. In 2017, he sued Google, accusing the $860 billion behemoth of violating student privacy by using data from schools to sell ads.

"They're building a profile so they can advertise to them," Hood said at the time. "They expressly stated in writing that they would not do that."

That suit involved a student at the Mississippi School for Mathematics and Science in Columbus. Hood took issue with the fact that Google displayed ads based on the students' prior Google searches on school computers. That is a universal Google practice that targets all users—not just students or schools.

In March, Hood told CNBC that his office was preparing an antitrust case against Alphabet, which owns Google, similar to one against Microsoft in the 1990s. A person's "private information is the equivalent of their intellectual property," he told the business news organization, and courts should make clear "that companies have to pay for it" rather than using it for their own enrichment.

"At some point in the future, there will be a reckoning," he said. "It'll either be in Congress or in a court of law," he said.