Jackson to Use $1.8 Million Federal Grant to Fight Lead Contamination 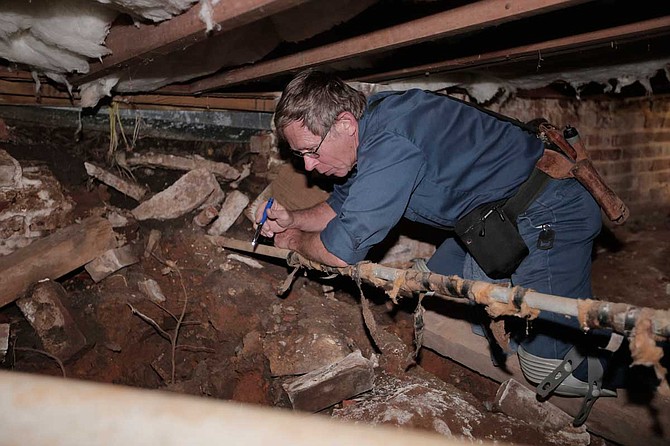 Rick Eades climbs under the foundation of city reporter Tim Summers Jr.'s rental home to check the conditions of the pipes. Photo by Imani Khayyam.

The City of Jackson is getting $1.8 million in federal funds to clean up lead-based paint and other home health hazards in the city. United States Department of Housing and Urban Development Secretary Ben Carson unveiled the award during a visit yesterday to Jackson. As part of its Lead Based Paint Hazard Reduction Program and Healthy Homes Production Grant Program, HUD distributed more than $319 million to 77 states and six tribal communities to address lead contamination in homes.

Lead contamination has been an ongoing issue in Jackson. In 2011, the Mississippi Department of Health identified Hinds County as one of 16 counties in Mississippi at high risk for lead contamination. The health department also reported high levels of lead in the city's drinking water in January 2016, but the public announcement came seven months after Jackson officials first discovered the problem.

Many of the city's lead-contaminated homes are located in the economically struggling area of south Jackson, raising concerns about how homeowners can afford to replace contaminated pipes when the City can't afford to provide filters to every home.

Lead contamination is associated with numerous health hazards, and children under the age of 6 are especially vulnerable to its effects. Research shows that lead contamination is linked to learning disabilities, developmental delays, seizures, and hearing loss, among other harmful consequences.

The City has taken some measures in recent years to address the lead crisis. Last June, Mayor Chokwe A. Lumumba unveiled a HUD-funded plan for lead testing in Jackson homes built before 1978, when lead paints were commonly used. Homes that tested positive were deemed eligible for cleanup under the Lead Safe Housing Program.