OPINION: Women in Mississippi—So Strong and So Tough 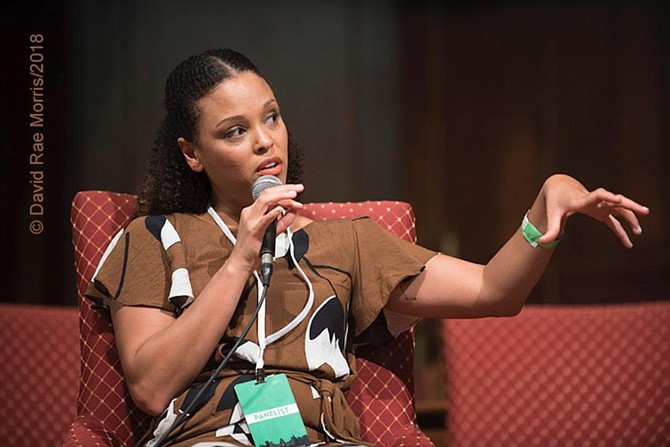 The ball hit with a thud, knocking her head back like it was mounted on a spring instead of a neck.

Mikayla was the smallest player on the field at the Gautier Soccer Complex on that bright and sunny Saturday afternoon. She was maybe 13 or 14 and wasn't the fastest or the most skillful player, but fearless she was. With long, black hair and oversized stylish glasses, she threw herself after the ball, challenging the always bigger and sometimes faster players.

I tried to stay close, but although she wasn't the fastest she was quicker than the referee, an aging and creaking 60-something who coaches and fans believed was blind, and of questionable ancestry. Me.

I had the feeling that it was only a matter of time before something happened. When it did, it was fast and unexpected. The ball, kicked hard, caught her full in the face with a sickening splat, and she crumpled onto the ground in a half-kneeling position with her slim brown legs tucked beneath her, head bowed and both hands covering her face.

I blew my whistle and signaled for the coach, who was already on her way, while my mind imagined the lenses of those very stylish glasses breaking and being driven into her eyeballs.

Even before the coach arrived, she wobbled to her feet. Tear streaks marred her face, but she was otherwise unmarked and unblinded. I breathed a sigh of relief, mostly for her, but there is a tremendous amount of paperwork if there is a serious injury. The coach (the player's mother) spoke a few words and indicated that  Mikayla was ready to play (they had no substitutes). Both teams and their sprinkling of fans lightly clapped.

Ostensibly this was a U14 boys' recreational soccer game, but each team was made up of at least three or four girls. All the girls played with a ferocity marked with a fearlessness even against the bigger boys. And the boys played against them hard with no acknowledgment for them being the so-called "weaker" sex.

As I struggled to keep up, my mind reflected upon what I was seeing. There was a parity here between the sexes that I hadn't experienced before. It was not forced nor legally mandated and not based on physical ability. It was about a love of the game.

Weeks later, this game came to my mind again. We were in Virginia, near Washington, D.C., spending Thanksgiving with my wife's siblings and their families. We are considered the "country cousins" to our cosmopolitan Virginia relatives.

Over the 25 years that we have lived in Mississippi, we have taken quite a ribbing. Whenever we told them of our children's successes, they always scoffed and said "but it's Mississippi" as if that lessened the  accomplishment.

After dinner, we settled down to watch the traditional Redskins vs. Cowboys game, and the recent contentious U.S. senatorial campaign came up. I pointed out that it was historic as Cindy Hyde-Smith was the first woman Mississippi elected to the U.S. Senate, and if she had lost, her opponent would have been the first African American Senator since Reconstruction.

I watched the game trying to think of a way to grab their attention. Then I realized it was right in front of me! Or actually at the top of the enormous TV screen.   "Look! See the referee legs at the top there? That is Sarah Thomas, our neighbor in Brandon, Mississippi, and the only female referee in the NFL," I said.

There was disbelief since we could only see her legs. Then the view shifted, and there she was wearing mascara and makeup staring intently at the field. Several family members whipped out their phones and searched for her.

Now that I had their attention, I casually added that in September at the Ocean Springs homecoming game, the just-crowned Homecoming Queen,  Kaylee Foster, kicked the winning field goal in overtime.

They all then had their phones out.

Feeling the mood, I mentioned that Donna Tartt, who recently won the Pulitzer Prize for her novel "The Goldfinch," is from Mississippi, as is Jesmyn Ward, an African American author who was the first woman to win two National Book Awards.

Then I told them about the soccer game and ended by wondering aloud if there was something in the air or the  water in Mississippi that made our women so smart and tough.

Richard Coupe is a father of 4, the father-in-law of 1, a Francophile and a referee extraordinaire.