Jalana Ellis: From Canada to Mississippi 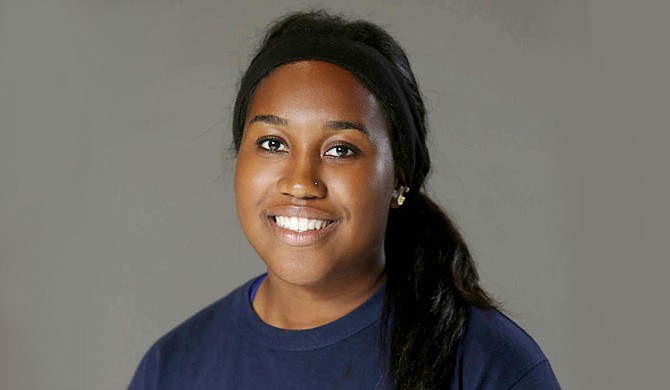 Jalana Ellis' proclivity to punctuate conversations with "pardon," a side effect of her Canadian upbringing, draws occasional teasing from teammates. Her output on the soccer pitch, however, leaves little need for apologies. The 5-feet-4-inch junior central midfielder from Brampton, Ontario, is set to pace the Jackson State University Tigers as they attempt to reclaim the Southwest Athletic Conference Title the team won in 2013. Since driving more than 1,100 miles south to the JSU campus from her hometown just northwest of Toronto, the 20-year-old has started every game and led the team in points during each of her two seasons. JSU named her Offensive Player of the Year as a freshman, and she earned a spot on the SWAC All-Conference First Team as a midfielder last season.

It was back at the start of her senior year at St. Thomas Aquinas Secondary School in Brampton when Ellis committed to not letting her competitive soccer career end with the last whistle of the high-school season.

"In Canada, not many girls get scholarships to Canadian schools," Ellis says. "They don't focus on athletic scholarships as much as they do academic."

So Ellis looked south for college.

Intrigued by historically black college environments, which are absent from Canada, Ellis reached out to the Tigers' then-first-year head coach Dean Joseph in the fall of her senior year.

"I saw immediately she was an extremely good passer, with touch on both her short and long balls," Joseph says of the highlight compilations Ellis sent in. He soon offered her a scholarship, and she signed with the Tigers, along with fellow Ontarian, Quiona McAdam-Mitchell.

Coach Joseph was aware of Ellis' imposing shot from the recruitment process. Yet it wasn't until Ellis arrived at the Jackson campus for practice that he realized just how strong her leg could be. "She has a quality that when she hit the target, you feel it's always going to go in," he says.

And it often does. Ellis tallied seven goals her freshman campaign and six goals her sophomore season. Star contributions from the freshman helped JSU get its 2013 SWAC Title. Through the first 10 games of that championship-winning season, the Tigers had only one win.

Facing a 1-1 tie against Texas Southern University with less than 14 minutes left, Ellis punched in her first college goal, the eventual game-winner. The Tigers proceeded to reel off eight victories across their next 10 matches. Two weekends after Texas Southern, Ellis' free kick in sudden-death overtime put JSU ahead of rival Southern University 2-1. She notched two goals from the midfield position in the SWAC Tournament, earning All-Tournament Team honors as the Tigers went on to win it all, holding off Alabama State University 1-0 in the finals. The victory brought the SWAC soccer title back to Jackson for the second time in history.

Ellis and the Lady Tigers fell to Howard University 3-0 in the semifinals last season, but her midfield presence has helped position the program toward the top half of the conference.

Despite recent success, Ellis feels the soccer program doesn't garner all the respect it should. During one particular practice last season, the players discovered the university had not provided them with water, as it customarily does for all teams. The water jugs arrived 15 to 20 minutes late.

"We did win a title," Ellis says. "We put in a lot of work, and we want to be treated better than we (are) sometimes."

In response to that statement, JSU Athletic Media Manager Wesley Peterson said: "It was a spring practice ,and two of our trainers had recently left, so we weren't fully staffed. We try to provide the best possible service to all our players during the season."

The plan is for the women's soccer team's hard work to culminate in another SWAC title this November, but winning the tournament is a challenge that begets bigger ones. The team earns an automatic bid into the NCAA Women's Soccer Championship tournament, where they face a pool of the best teams in the country.

Jackson State's 2013 championship season ended with a first round 9-0 loss to the University of Mississippi. UM spends $13,840 per soccer player while Jackson State allocates $2,673 per player. Lopsided results are fates familiar to all recent SWAC representatives into the national tournament. "We've got to narrow the gap," Coach Joseph says. "It's all baby steps toward doing something no one else could do."

With Ellis, who is arguably the most dynamic central midfielder in the conference, the Tigers are eager to take those baby steps this season.