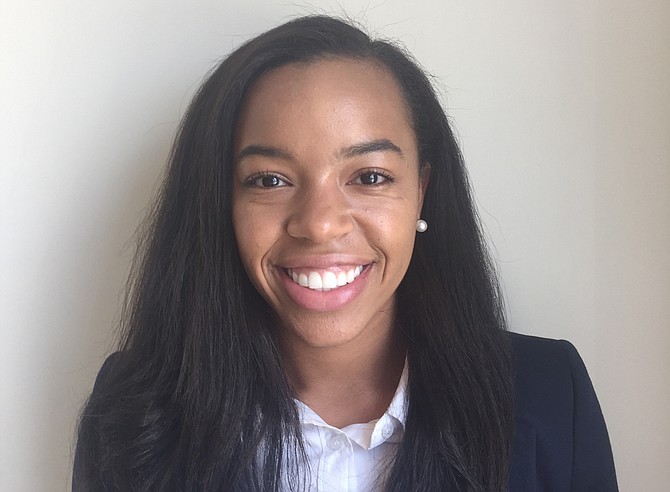 Jackson native Alyssa Pennington recently became the first woman to referee for a semi-professional soccer game in Mississippi. Pennington, who has been a member of the Mississippi Soccer Referee Association for four years, refereed a match between Texas United and Mississippi Brilla at Clinton High School on June 12. Mississippi Brilla won the match.

"Refereeing for that match was both exciting and nerve-wracking at the same time," she says. "I found out about the assignment from Ryan Cigich, the provisional assigner for professional matches in Mississippi, a few weeks before the game. I worked hard and ran a lot, but definitely enjoyed interacting with the team and other officials attending the game."

Pennington, 21, attended Murrah High School and started playing for the school's Lady Mustangs team during her sophomore year. She initially intended to sign on as a team manager after friend Brie Kemp, who was a member of the team, asked her to get involved, but she ultimately started playing on the team instead. She was also a member of Murrah's track, volleyball and tennis teams.

"Sports have always been important to me because of my family," Pennington says. "My dad, Andrew Pennington, was the head coach for the Jackson State University women's basketball team, the Lady Tigers, before he retired, and my mother, Pearl Pennington, went to Tougaloo College on a full basketball scholarship. I also have an older sister, Lauren Pennington, who is an entrepreneur and is starting a skin care and cosmetics business called Spiced Sugah."

Pennington enrolled at Jackson State University in fall 2014 and is on track to graduate in four years with a bachelor's degree in chemistry. After graduating she plans to pursue a master's degree in biomedical sciences, though she hasn't decided on which university she would like to attend for it. Despite her field of study, Pennington says that she also plans to pursue a career as a professional referee with the United States Soccer Federation.